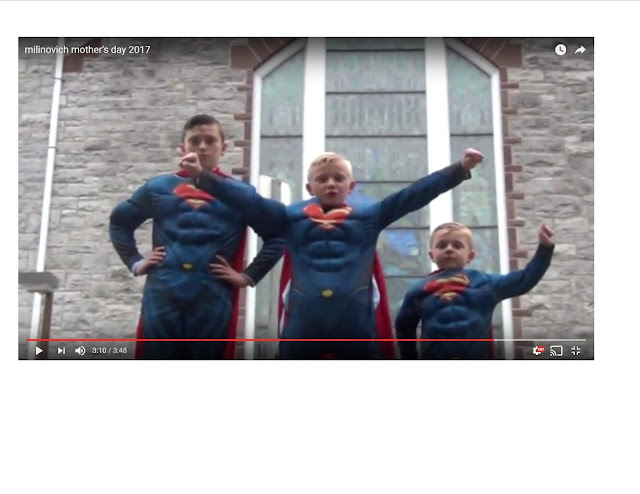 it's hard to believe it, but this is the 9th year that the boys and i have been making mother's day videos for Shannon.  Cade was only just a year old when we made our first, and he just turned 10 and will soon finish 4th grade!  we've done videos with a variety of themes: springsteen, athletics, wacky costumes, silent film, and moving, just to name some of them.  as we've gotten more familiar with the process, and as the boys get older, we have more fun planning the scenes, the locations, the costumes, the props, and even the camera work and "special effects."  still, it's a ton of work, and the reason we do it is because we know how blessed we are to have a wife and mother like Shannon, and we feel like these 9 music videos (so far) are all slices of time that she will cherish for the rest of her life.  it's about the best present we could think of, and now its a tradition.  we can only hope that she enjoys them as much as we enjoy making them for her!

here is this year's video:

and here, in case you want to catch up, are the previous eight: