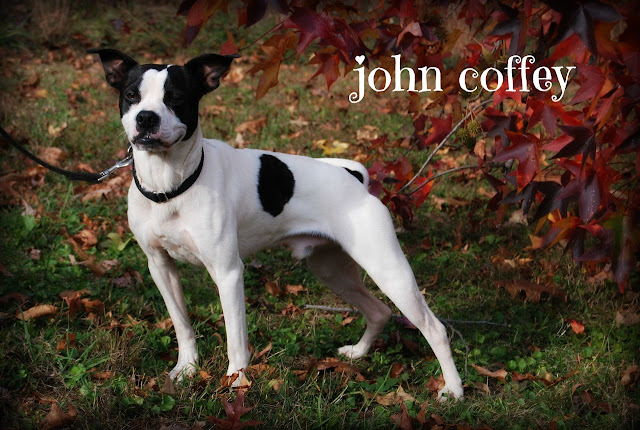 let me introduce you to the newest member of our family.  it is my tremendous pleasure to introduce you to john coffey, the one and a half year old boston terrier mix whom we brought into our household on saturday. 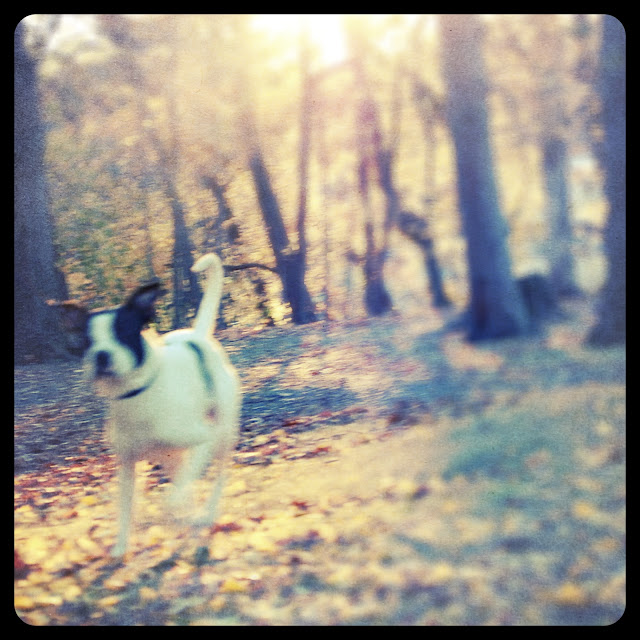 we've been thinking about adopting for a little while now, since it has been almost exactly three years since max died.   then, when caedmon said he was going to ask for a dog for christmas, we knew it was time to get serious.  so shannon has been combing the shelters and rescue organizations for awhile now, looking for a dog that would be a good fit for our family.  we finally found john coffey on Operation Paws for Homes, and began the process of being approved to adopt.  once we were approved, we were put in contact with john coffey's foster family, so we could both ask them all sorts of questions (does he like the steelers?  will he be okay with me sneaking him a bit of dinner under the table from time to time?  etc.), and arrange a time to go and meet him. 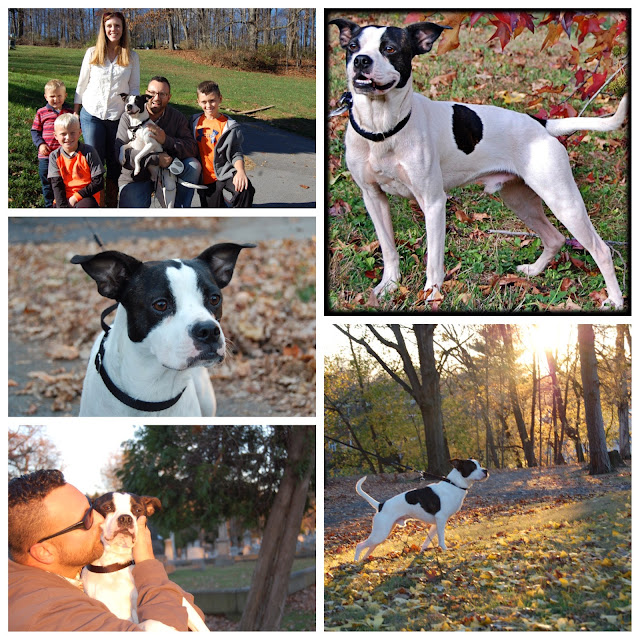 so, on saturday we drove to new freedom, pennsylania, met him and fell in love with him.  we brought him home, and took him on his first walk in sunbury.  he has been awesome already, fitting right in to the family.  while he clearly loves to play and has a bunch of energy, it seems that, at least so far, his energy doesn't quite overshadow that of his three older brothers, who are giving him a good run for his money.  this is evidenced by the fact that he is snoring right next to me as i write this.  life is good. 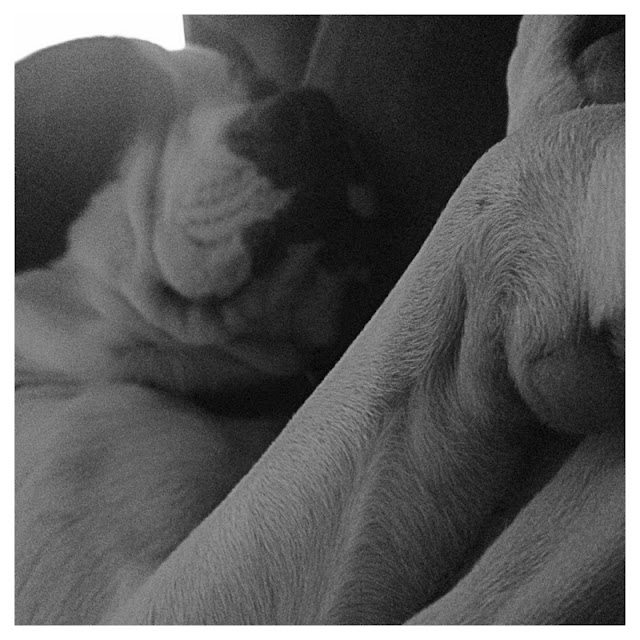 speaking of his older brothers, they are smitten.  they can't stop talking to him and about him.  every sentence begins with "john coffey this" and john coffey that."  we've already thrown hundreds upon hundreds of tennis balls in just over 24 hours.  i caught caedmon reading him a book this morning, and then choosing to cuddle on the floor with him tonight instead of watching tv.  every few minutes they say, "i can't believe we get to keep john coffey!" 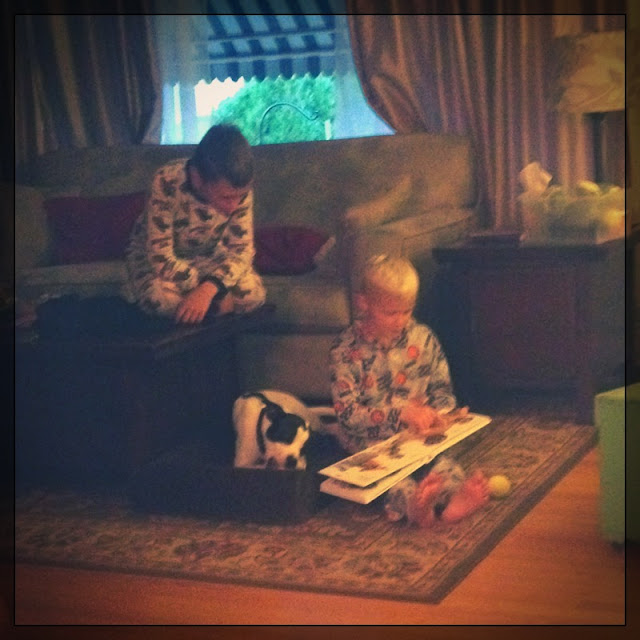 one more thing.  let's talk about his name.  john coffey is a reference to the steven king novel, later turned into a major film, the green mile.  in that movie, john coffey is a character who is slated for the electric chair, only to find a kind of miraculous redemption.  well, our john coffey is aptly named, because he was also slated for the death penalty, after being abandoned in south carolina.  we are so thankful to o.p.h., and to the foster family who gave him a home for nearly a month, until we could find him.  he has been rescued and redeemed!  and now he is in a home where he will be surrounded by love for a very long time.

Cara Sue Achterberg said…
Love the pictures - especially reading to John Coffey. I'm so glad you found each other. Meant to be.
4:37 PM