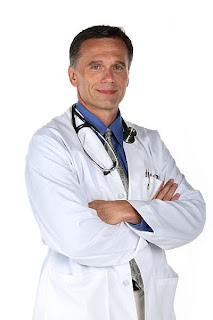 i wrote recently that i have discovered that i am the holder of several consipiracy theories. this was hidden from me until the last couple of months. i guess i am becoming more self aware.

as you may have read, our son caedmon recently had a minor "routine" surgery to put some tubes into his ear canal to allow fluid to drain into his sinuses, since he was living with almost constant ear infections that antibiotics were not touching. at least that's what we were told.

i mean, the kid cried alot. but that's what kids do, right? they cry. so he cried alot. we have nothing better to do than to sit around and wonder, "hmm, i wonder why this kid is crying so much." and it never occurs to us that he is crying because he feels like it, or that millions of children before him have also cried their way through their first years. no, our instinct is to rush him to the pediatrician who shoves a blunt instrument into his ear and pretends to look into it. as soon as he does, he begins making disapproving little gutteral noises, as if to say (without saying) that it looks like world war III in there. within 15 seconds of the doctor walking into the room, he is already writing a script for ear infections. and we are just blindly believing him, acting like this is normal. i mean, i could have looked into cade's ears with the little fisher price doctor set we have, and saved a whole lot of cash on medical school.

and then there's the antibiotic. in my experience, they don't do a whole lot. we just have to trust that the milky concoction shannon's dropping into cade's mouth is really going to help him.

then the doctor said, "i'm going to refer you to the ear nose and throat specialist." another copay later, i was being convinced that surgery was the only real option for my 10-month old. so, gritting my teeth, i agreed, and we had it done. then, about a week or so after the surgery, cade had a follow up appointment. he had not seemed particularly changed or healed, so i had my doubts. the e.n.t. specialist had told us that there is a chance that the tubes wouldn't "take," and that they would fall out, requiring them to do it again. so as shannon was preparing to take cade for the follow-up visit, i was sure that he was going to tell us that the tubes had fallen out and needed to be redone ($$$).

but i was wrong. "the tubes are still there," he said professionally with an air of superiority. "but there is a great deal of fluid here in this one ear. i'm going to go ahead and prescribe an antibiotic..."

ARE YOU KIDDING? we had surgery for this? so we could have more antibiotics? and not only antibiotics, but also probiotics, to counter the effect of the antibiotics.

so i'm pretty sure that the doctors and pharmacy companies are all conspiring against us for our money and our trust. be afraid. be very afraid.

ps. cade is doing remarkably better since the surgery and subsequent antiobiotics. so basically i'm an idiot.

Crafty P said…
funny. be thankful you weren't me today and had to pay TWO copays to be told that it's just allergies your TWINS have. humph
8:42 PM

jasonandryansmommy said…
I could have written this blog. When I tried to explain to Scott about probiotics, he was in total awe. We used them too, especially when Jason was on Omnicef. NASTY.

My best suggestion would be to find a 2nd opinion. (Iknow this means more $$). However, our ENT was VERY hesitant about just putting tubes in, and said that Jason's ear canal was shaped differently than most and that what looks like an infection probably is not. He said the next time we thought or the pedi thought there was an infection, to come back and see him before starting on antibiotics. Proactive instead of Reactive.

Blessings to you and your family. I hope things get better.
10:07 PM