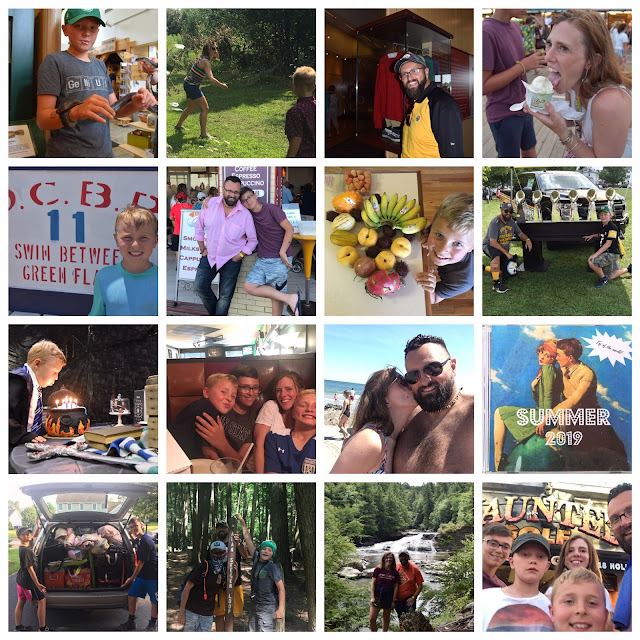 i wrote in june about our annual tradition of making a summer bucket list of things we'd like to accomplish in the fleeting months of summer each year, and i must say that we did pretty good this year!

we had ice cream for dinner.
we played frisbee golf.
we went to vbs and music camp.
we celebrated quin's birthday with an epic harry potter party.
we went to ocean city (twice!).
we went to wesley forest for summer camp (well, three of us did).
we made a sand sculpture (several, actually).
we made orange julius-es.
we did cousin week (again, some of us did...the rest of us were preparing for the aforementioned epic party)
we picked fruit (blueberries).
we ate at hofbrau pizza.
we made a movie.
we made donuts.
we built a fort.
we made a summer cd.
we went to seven springs (champion, pa, actually)
we hiked the alan seeger trail (along with many other trails!)
we watched avengers: infinity war.
we went to the flight 93 memorial national park.
we went to the fred rogers center.
we skipped rocks.
we went to a driving range (some of us).
we celebrated our 20th wedding anniversary (some of us).
we went to steelers training camp.
we bought and ate all the weird fruit we could find.
we went minigolfing.
we played in the rain.
we did fiddle lessons (okay, one of us did).
we went to steelers training camp.
and we didn't stop there.  i can't even remember all the things we crammed into the summer.

it's been a crazy few months, but in the best way.  not in some sort of perfect, instagrammable way, as if all of these adventures were flawless.  no, part of the recipe of all of this seems to include arguments, meltdowns, and temper tantrums.  there are pictures of smiling kids who just got yelled at.  there were complaints and whines at nearly every juncture.  so, no, it wasn't perfect, at least not in the flawless sense.

yet, as i look back on it, and all the things we crossed off the list, and all the memories we made, it feels absolutely perfect in the best sort of way.  in the "we wouldn't change anything if we could" sort of way.

and as i sit here on my deck on labor day, and the early september air feels like it might just turn into october sooner than later, i can do no other thing than be incredibly grateful.  for all these summers we've had.  for buckets that are overflowing.  for 20 incredible years.  for 3 beautifully complex human boys.  and for countless memories. 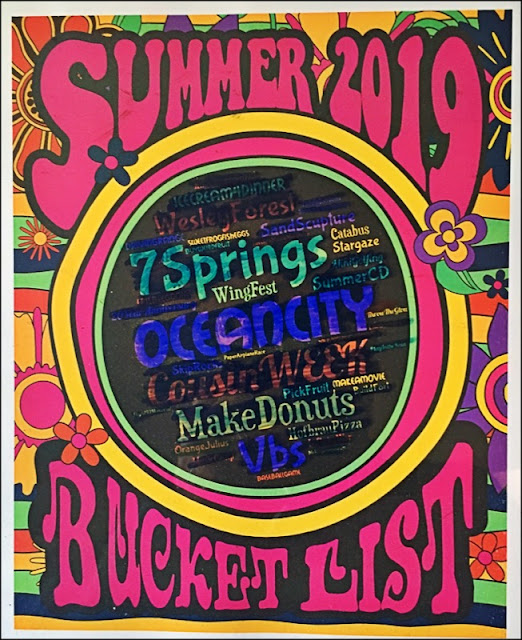