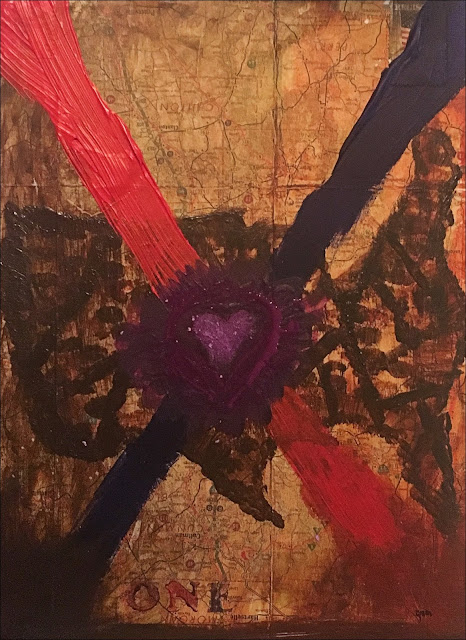 
as i continue to preach about what it means to be 'better together' in a culture in which we are deeply fractured, i preached last sunday about the political divisions that riddle our country.  left and right, red and blue, urban and rural: there are countless fault-lines of division that live in some sort of fearful tension of the quakes that might result should they really bump up against one another.

one issue i see is that rather than discuss the issues and problems that our nation (or our states, cities, churches, etc.) faces with differing opinions and various ideas, we have instead chained ourselves to political parties, and what they seem to represent to us.  we make it our identity.  so, if hannity says something, we either agree with it or despise it, before he opens his mouth really.  same with maddow.  if we see a facebook post from that person we roll our eyes before even reading it.  and when we start doing that, we start to objectify; to remove the humanity from the other.  we do this, because it is much easier, in our hearts of hearts, to hate an idea or a party or a policy or a thing than a person.  so if we can somehow, even subconsciously, convince ourselves that those we disagree with are less than human (deplorables, animals, criminals....just look through recent political rhetoric and you'll find more examples than you can imagine), then we can more easily hate them and treat them as such.

but the truth is that we are called to love one another.  we are, in fact, called to love 'the other,' and when we see this lived out well, we see hope.  where we see people who disagree treating one another with dignity, with holy curiosity, and with a willingness to really listen, we see that new possibilities emerge.  maybe in the red and the blue we can find some purple.  and maybe that doesn't start in washington or on cable news or social media.  maybe it starts in our own hearts.  where we start working hard to see the humanity - the God-image - in every person we encounter, even (especially) those with whom we so strongly disagree.  maybe hope for our political division lies in our willingness to put our identity in something other than our "right" opinions and positions. 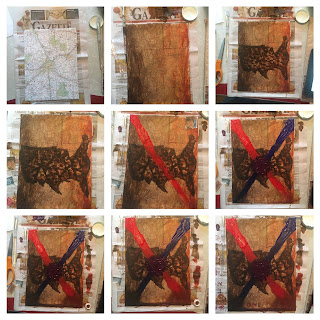