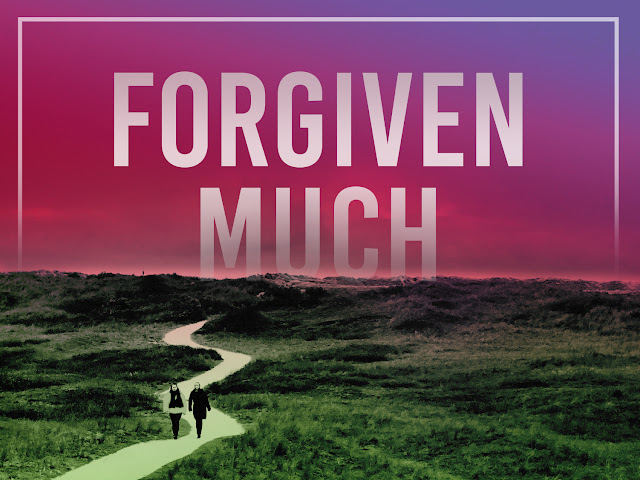 if i was going to start something awesome, i'd probably start with the most attractive thing i could.

i mean, it's marketing 101, right?  you've got to attract people, tell them that you've got something great, and that they need it.

so think about it: if i was going to start a club for steelers fans who also love indie music, i would probably start by hiring my graphic designer wife to make some super awesome brochures or posters or something, and i would make sure they looked interesting and inviting.  next, i would look for some cool people to join my club, maybe even some people that people know.  i mean, it would be great if i could get the Avett Brothers to join my club, or JuJu Smith-Schuster, or someone that would attract others to join my club.  and we'd have snacks.  maybe little black-and-gold cookies in the shape of a banjo or something.

but not Jesus.  that's now how Jesus operates.  (well, maybe the snacks...he was often to be found eating, or heading to or from a meal with somebody).  in luke 7:36-50, we find Jesus has been invited to a meal at someone important's house.  i mean, he is starting a movement, and, to be honest, he's not off to the hottest start.  so far he's met some failed fishermen and their friends, a hated tax collector, and some other random ragamuffins who don't seem to have anything better to do. it isn't exactly an exclusive club.  but here in luke 7, it looks like the tide might just turn for this new movement.  Jesus receives a big invitation to dinner at a pharisee's house.  the pharisee's name was simon, and as a pharisee, he had just the kind of power, clout, and reputation that Jesus needed to make his movement seem a bit more attractive (or at least palatable).

so we find him lounging at the dinner table (that's how they ate in those days, lounging on one side, with the feet extended away from the table) with Simon, and possibly some other well-to-do guests, when all of the sudden an uninvited woman approaches (the dinner would have likely been held in some kind of courtyard or portico, as a public display of prestige and honor), and stands at Jesus' feet.  she is sobbing, and her tears are falling down her tired face, off her hardened jaw, and onto the feet of Jesus.  then this woman (whose name we never get to hear), bends down and begins to wipe his feet with her hair, and than anoint them with an ointment she had brought in a small alabaster jar.

this is kind of a weird scene, right?

that's exactly what simon the pharisee was thinking.  or at least, he was thinking something like that.  more likely, he was thinking that this woman had a bad reputation and her presence and behavior was not a good look for his party.  moreover, he was convinced that Jesus wasn't really anything special, because if he was, he would have known better than to let a woman like that touch him and make a scene.

but Jesus reads his petty little mind, and then does the unthinkable: he publicly chastises the "honorable" host, and offers kindness to the so-called sinful woman.  he is staking his movement to the likes of sinners, tax collectors, failed fishermen and any other loser he can find.

i've been writing over the last couple of weeks about how i think Jesus is calling us, no matter what.  not just people we think are religious or healthy or well-balanced or well-to-do, but everyone.  even you.  and i've been writing about some of the excuses we use to ignore that call.  like, "i'm too much of a mess," and "i don't have any experience."  baloney.  and here's another excuse we learn is totally invalid, based on this story of the unnamed woman: "i have nothing to give."

what did this woman have to give other than her dirty tears, her own matter hair to clean them off, a small jar of ointment, and the ability to ruin a party?  she had nothing.   she had nothing to offer this new movement.  she had no prestige; no honor; no reputation.  she had no special resources or talents for the cause.  you know what she did have?  her tears.  her sense of needing something; something like mercy, like forgiveness, like love.  she had brokenness.  she had a hurt.  she had regret.  she had enough humility to realize she had no time for playing games.  she had enough courage to follow Jesus wherever he was, even if it was to the table of those who would judge her and relegate her to the ranks of the useless and forgotten.  and she had a small jar of ointment.  which she was willing to use.

if its true that we don't have much to give, as we are prone to conclude, then we would at least do well to consider what we do have.  what is our alabaster jar of ointment? what small thing do we have?  will we be willing to use it?  will we be willing to follow Jesus to wherever he is, and let our brokenness show?  am i willing to see the truth, that Jesus is far more interested in the broken criers than the self-righteous supposed spokespeople?  will i dare to take the next step, setting aside my pride and my false humility?  will i choose to offer Jesus my semi-detached excuses, or my tears?  will i weep for being forgiven much, or pretend that i have nothing for which to be forgiven?