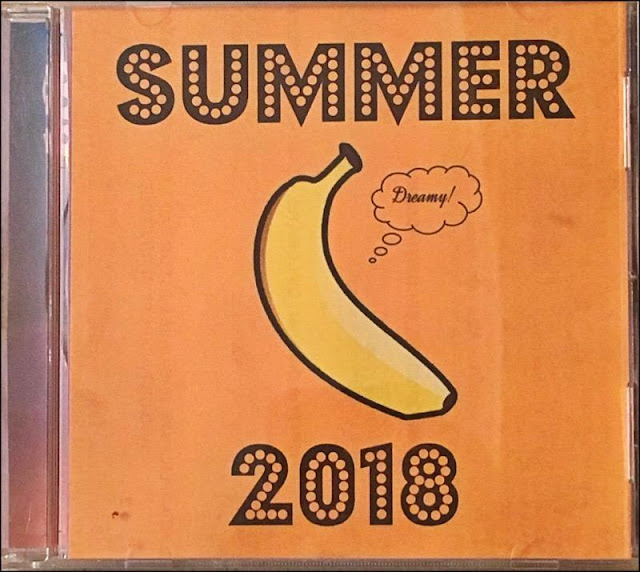 for the past four summers now i've been making an annual "summer cd," just for my own kids to listen to as we travel around through the summer months.  part of the idea was to have some "feel-good" music for the summer, as well as to expose my kids to something beyond kidz bop.  now the kids are making suggestions for the song list, too, so it has become a collaboration.  over the last four years, it has evolved into something with a theme, only because my own compulsion is to mix songs in a way that isn't just a grab bag of random music, but a kind of musical story, at least one that makes sense to me.  so this year's cd is about dreams.  and bears and bananas, too. 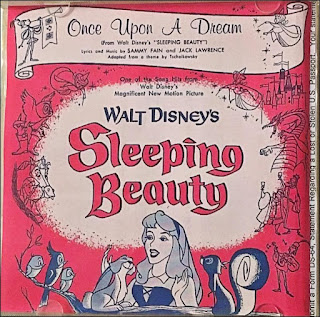 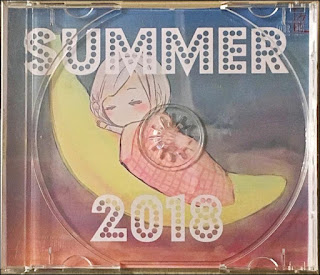 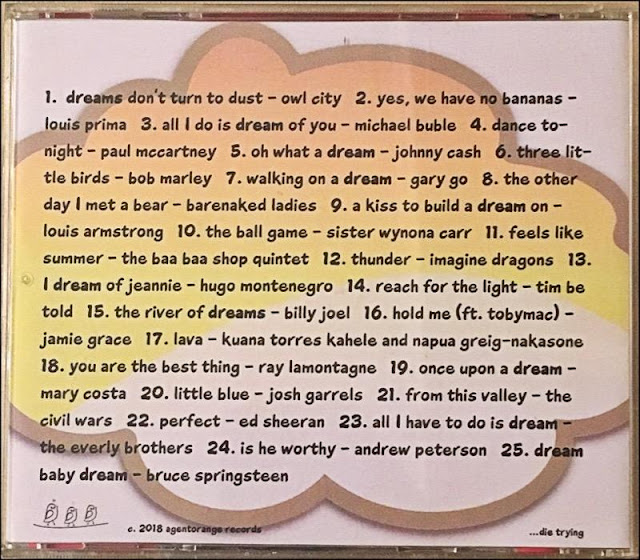 i've been making mix tapes for the last 30 + years.  i remember recording things off the radio, pretending i was the dj, putting songs together in ways that made sense to me and interested me.  i kept mixing music through my high school and college years.  as the technology changed, i also changed.  by the time i was done with college i was making mix cd's.  music, and its ability to move us, change us, speak to us, and inspire us, has always been a powerful force for me.  and i just keep trying to mix it and shape it and get it into someone's (anyone's) heart, and i suspect i will not stop.  i will die trying.