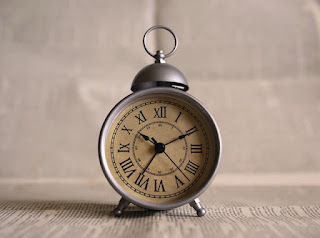 you know what i love?  christmas.  i love it.  i love all the tv specials and hallmark movies and peppermint lattes and fake-snow storefronts.  i love all the anticipation and the music - oh the music! - and the lights.  i love the worship and the spirit of generosity, and the latent hope.  i love that feeling of expectation, that build-up through december to something big.  the season of advent.

i have noticed a more frequent usage of the word advent in the commercial world recently.  for several years now the lego company has sold "advent calendars," which are really just boxes of legos with little doors that open each day of december to reveal a few legos for that day.  but it has now grown from legos into something bigger: disney has the "frozen" advent calendar, mattel has the barbie advent calendar, in which barbie gets a new accessory every day, and there are many more, including a despicable me one, and a crayola one.  advent has seemingly entered into the consumer's lexicon, but sadly, as a word that seems to mean something like "pre-Christmas gift-giving."  it is like the buyer's appetizer for the main meal.

of course this is not what Advent really is.  Advent comes to us through latin from the greek paraousia, a word having to do with an arrival.  "something is coming," says advent.  and, as the church, we know the story, so we know about this coming.  in fact, advent, as a season of waiting and expecting this arrival is often thought of in three distinct ways:
1. the coming of Jesus as a baby in bethlehem;
2. the coming of Jesus into our lives and hearts every day; and
3. the coming of Jesus in final victory.

in this you can see the past, present, and future components of advent, and the longing expectation that can be associated with all three.  because of this, we almost always begin the season of advent by going back - way back - to the ancient prophets who were carrying their own expectations about a messiah, a king, a ruler who would set things right.  they longed for this arrival, and, in Jesus, this longing was fulfilled.  he became that wonderful counselor, that prince of peace and king of kings they had longed for.  he arrived.

and yet.  so often, for you and i, that old story, at once so familiar (we've heard it a million times) and foreign (what's this about betrothals and sheep-herders and magi?), is simply an abstraction.  and as for the coming of Jesus in final victory, or into our daily lives, well, sometimes, to be honest, its pretty hard to see.  in fact, while our song at christmas may just be the long sustained "gloria's" of the angels from on high, the song we are more comfortable singing is the ancient song of the poets "how long?"

you can find this song all through the psalms, in particular.  "how long, oh Lord?...how long will you hide your face from me?" cries the poet in psalm 13.  again and again you can find this refrain repeated in the songs of God's people, who recognized the same truth that you and i do: things are not as they should be.

i love the way the poet says it in psalm 80.  "how long will you be angry with your people's prayers?"  actually, the literal translation from the hebrew is something more like "how long will your anger smolder and fume?"  this smoldering, fuming anger, is connected to an idea you can see in psalm 18:7-8 when the psalmist is talking about God's anger, "then the earth reeled and rocked...because he was angry. smoke went up from his nostrils..."

remember the old jungle scenes in old movies and cartoons when scooby doo or some other of our protagonists would annoy the natives and their stone idol of a god would be angered, and smoke would pour from it's nostrils?  it seems this image has some deep roots in history.  the idea is that smoke and fog were a kind of barrier - a literal smoke shield - between God and humanity, blocking the connection between us.

now, while we may not imagine smoke pouring out of God's nostrils (i don't particularly think much about God's nostrils at all, actually), we can relate to this idea of feeling cut off from God.  we can relate to feeling like we, too, are in a kind of fog of news alerts about mass shootings and devastating weather events and abuse of power and on and on and on.  things are not as they should be.  and we find ourselves in a fog, singing the ancient song of the poets and prophets, "how long, oh Lord? how long?"

in advent, we dare to point to the answer to that question.  we don't know how long the world will remain shrouded in the smoldering smoke of our brokenness, but we know the one who will deliver us, not by wiping it out, but by entering into it - into us and our world and our messes - and loving us.  during advent we acknowledge our endless repeating of the "how long?" refrain, and we dare to sing another song in response.  we know things aren't as they should be, but we know that God will continue to come to us - emmanuel - and give us a new song to sing, lifting the fog and tearing the curtain. 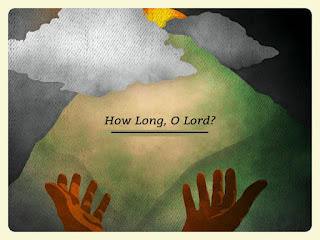