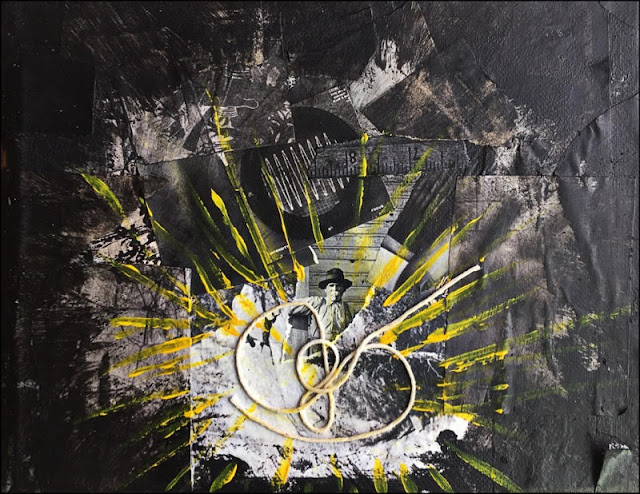 if you thought the story of Jesus using mud to bring clarity was upside down, wait until you hear this one!

in this story in john 11, Jesus waits until his buddy lazarus has been dead for days before he shows up and tells the bystanders to roll the stone away from the cave.  "but Jesus," they protested adamantly, "he's been dead for days.  it's going to smell like death (literally) in there!"  but Jesus has them move the stone anyway, and then he looks into that empty darkness, that death-hole, and speaks life.  he calls lazarus (who is dead as a doornail) to come walking out, and walk out he does.  still all tied up in death's clothes.  so Jesus invites the onlookers, still sore from moving the stone, to help unbind him.  so they, too, walk up that dark pit of stinky death, and touch the man they thought was as good as rotten.  only he's not.  he's alive.

that's the crazy thing: nothing is what it may seem with Jesus.  not even something as final as death. and just to show that its not some sleight of hand magic charlatan act, he invites the people (you and me?) to reach out and touch, to take part in the unbinding and healing.