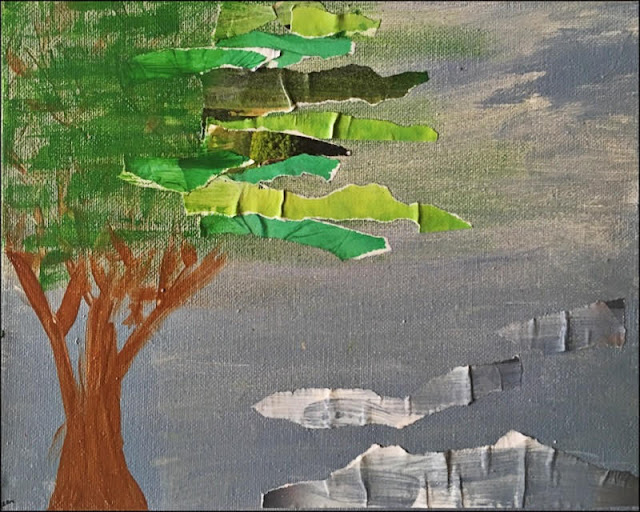 oh no!  i have gotten so far behind in posting my lenten discipline, but that doesn't mean i haven't been keeping up with it!  i have done all 6 expressions of the sunday themes for the 6 sundays in lent so far, and now here is the third one: wind, from Jesus' exchange with nicodemus in john 3.

nic doesn't seem to understand how Jesus can do the things he does, and Jesus doesn't clear things up much for him, saying that nic needs to be born again.  when nic scratches his head in confusion, Jesus uses the wind as an example.  we don't know where it comes from or where it goes...we can study it scientifically, but it still doesn't take away the mystery of this movement, its spiritual swirling and swooshing.  the Spirit moves in mysterious ways, ways that confound the wisest of the wise, and turn even the most unlikely objects into dry leaves, tumbleweed-ing and careening into the places we'd least expect.  i've seen addicts and those without even a shred of hope get blown into life by the Spirit!  i've seen both the rejected and those who rejected them with upturned arms, like oak leaves just before the storm.  it may not make much sense, and we certainly can't control it, contain it, or curtail it.  but the wind blows where it may, in mysterious ways, even on my life, and yours.  not to condemn the world, but to save it for love (see john 3:16-17).