vote. and pray. but do not be afraid (the King is alive). 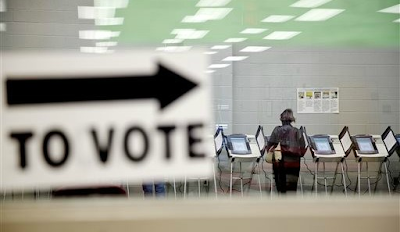 i'm not sure how many americans right now are feeling optimistic about the government.  i know i'm not.  in fact, while i didn't live through the civil war or anything, i have to think that faith in our elected leaders - indeed the whole system of electing them in the first place - is at one of its lowest points.  i just don't have a great deal of confidence in those individuals who have been elected, or in those who want to be.  i find myself slipping at times into what feels like a swamp of apathy: sinking, to be sure, but not sure that i care enough anymore to do much about it.  i see this attitude all around me: in conversations, on social media, and in popular culture.  perhaps there is no more clear indication of our nation's view of the government than this current election season, when we would teeter on electing liars and thieves, crooks and clowns.

which is why i was so startled as i sat down to read psalm 72 this morning. as i read the ancient song, i was stunned by its unabashed hopefulness in the government.  of course, the government was the king, and in this case, the poet asks God to give judgment and righteousness to the king.  but then it goes even further, in a kind of shameless confidence: "Let (the king) save the children of the needy...let him live as long as the sun...let him fall like rain upon the fresh-cut grass."

i understand that many are going to read messianic prophecy into this psalm, and i understand that if you go looking for Jesus in the words of the ancient hebrews, you can find (fore)shadows of him all over the place.  but let us not forget that this is at a time in the history of the hebrew people when there was some pretty serious hope being put in the role of the king; that God could endow a leader with god-like gifts, to lead the people in righteousness and justice, deliverance and freedom.

so, at its core, this ancient song is a song of hope in the leaders of the nation.  and that is jarring to me in my election-cycle-stupor.  but there is something fundamentally critical in this song; something that i think many american christians have forgotten about.  the prayer for the king in psalm 72 is a prayer for justice.  it is a prayer for the poor.  it is a prayer that those who receive the mantle of leadership of a nation will receive it with humility, with an eye out for the oppressed, and with the ability to crush the oppressors.  it is an honest and almost desperate prayer.  it reminds me that perhaps, rather than burying my head in the sand, or arguing about politics on social media, i should be busy praying for our leaders.  i should vote, if i am prepared to engage in that civic gift/responsibility.  and i should pray.

and it reminds me of one more thing, too.  that we stand at a different moment in history than the poet-of-old.  we can look through the lens of Jesus, who talked about a new kind of kingdom, in which the first are last and the poor are blessed.  we know that there is no president, no ruler, no admiral or dictator who can separate us from the love of God through Jesus Christ, who is our King. Jesus brings justice to the oppressed.  he heals the broken.  he brings unity in the divided places.  he brings hope to the places of despair.  he falls like rain upon both the rich and the poor.  he isn't republican or democrat or even american, for crying out loud.  he is love and he is the one true king.  we need not live in fear about who will win or what will happen if someone doesn't win.  we don't need to live in fear about any of it, because the King is alive and well.