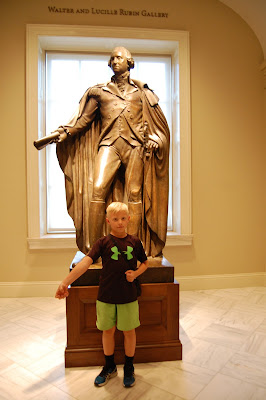 for our last day in the city, we had some time to kill before our appointment in the national archives, so we began in the east building of the national gallery of art.  while the boys thought this might be boring at first, they ended up loving the art museum, and were amazed at the size of some of the paintings, the realism in others, and the incredible color, creativity, and diversity throughout.  the museum really captivated their attention.  we didn't see the whole museum, by any means, but the impressionist rooms won my heart, as always.  i am always stopped in my tracks by van gogh, and i just can't stop gawking.  we were very glad we took the time to go to the art museum. 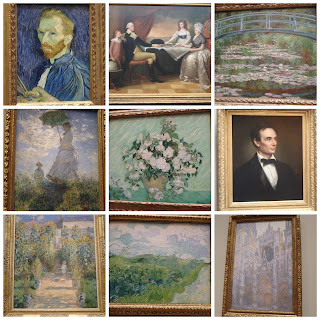 when the time for our appointment arrived, we headed over to the national archives so that we could get a look at several important documents. 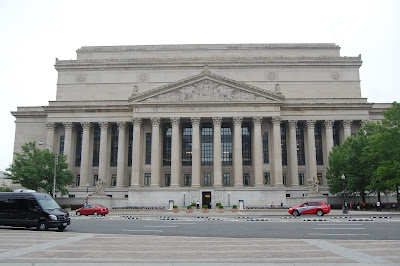 first, we saw an original copy of the magna carta (700 years old!) in beautiful latin script.  then we made it to the rotunda where we were able to see the declaration of independence, the constitution, and the bill of rights.  for me, it was sacred space.  even as a gen x-er who is not a patriot in the traditional nation-worship, "my-country-can-do-no-wrong" kind of way, the moment was awe-inspiring.  even as citizen who is so tired of politics as we know it; who is fed up with the games of government, and who is less-than-hopeful about the charlatan who would be president and make our nation hate again, i was still overwhelmed with a sense of both history and hope.  i don't know if we can see our way through this mess with things remaining as they are, but the american experiment has been so wildly successful, that nothing in the future will exist except as a progeny of it.  the declaration, as an act of courage and defiance; the constitution as a philosophical document of equality and dignity; and the bill of rights, as an expression of personal liberties are the holy trinity of the american experience, and whatever shape our government grows into, will always be formed by the documents in that rotunda.  it was awe-inspiring to be there; to see them with my own eyes; to think about the lives of the men who dared to write and sign them; to consider how i am living my life with conviction, and with a clarity about the dignity and rights of every person, regardless of religion, color, creed, sexuality, or political opinions.

speaking of politics, this might be a good time to mention that everywhere you turn in washington you see numerous flags.  there are flags everywhere!  and so we couldn't help but be constantly confronted with the fact that every flag we saw (all 50 around the washington monument, just to give you an example), were flying at half-mast.  it was a brutal reminder of the terrible attack in orlando florida earlier in the week, and the way that personal liberties can be abused when we don't use them to benefit one another, and when we are scared of people who aren't like us.  this is not the america the founding fathers had in mind.  they were carving out a space that was open to differences, open to all.  they believed in this radical idea that all people are created equal, and had the God-given right to life.  not the right to be scared for their lives because they are different.  the right to live.  the right to freedom.  and the right to pursue happiness.  that is america.  i couldn't help but wonder that if jefferson and franklin and madison and monroe and others somehow showed up today, we would have some 'splainin' to do. 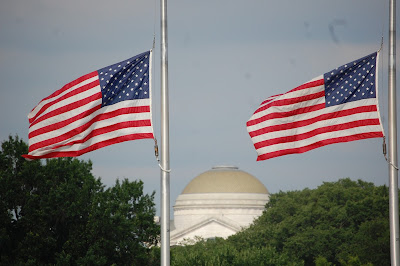 the archives is more than just the rotunda: they have a great museum section about the three main documents, but they also have all kinds of other archives stored there, and some interesting exhibits detailing how they do the storage, not just of paper media, but audio and digital and so forth, and the way it has all changed through the years. fascinating stuff.  we ate lunch at the cafe there, then walked across the mall to the air and space museum.  now to be fair, we were starting to come down with a case of "museum overload," and our feet were feeling the effects of walking so many miles, but i will confess that this was my least favorite museum by far.  anyone who knows me knows that i'm not particularly interested in motors and engines and things that go vroom, and so forth, so this museum was never going to be my favorite.  but the kids enjoyed it, and we all were impressed with the wright brothers' original airplane. 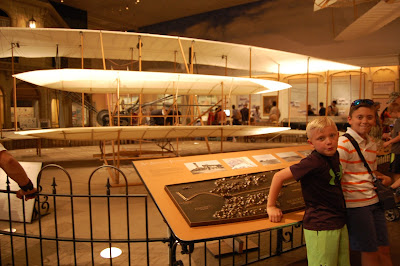 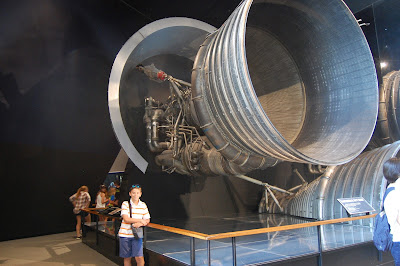 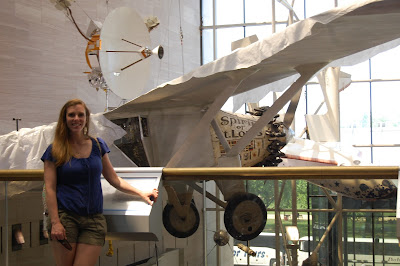 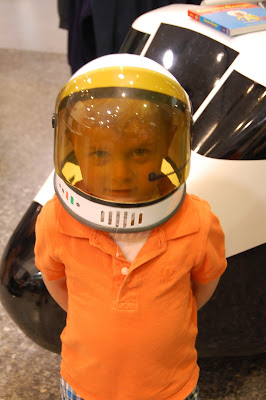 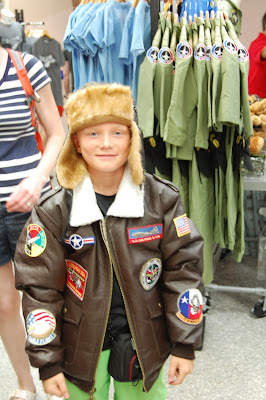 from there we took the metro north to the national portrait gallery, because caedmon wanted to see the hall of presidential portraits.  we thought this might be a quick stop, but we were wrong...this place was awesome!  this gorgeous historical building (lincoln held one of his inaugural balls here!), houses both a portrait museum, and an art gallery (with folk art, contemporary art, and more).  this place held the kids' attention as much as anything had all week, even though we were all tired.  by the end of this day, we had walked 40 miles in 4 days! 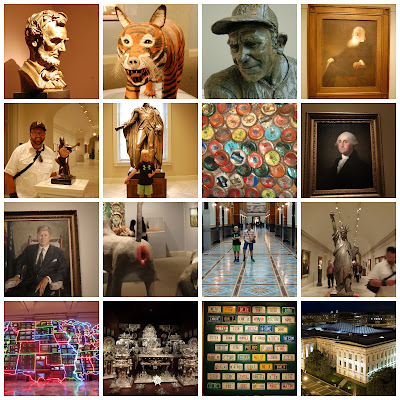 we took the metro back to virginia (we loved the metro!  it was so easy to use, and both employees and washington residents were always kind and quick to help when we looked confused!). 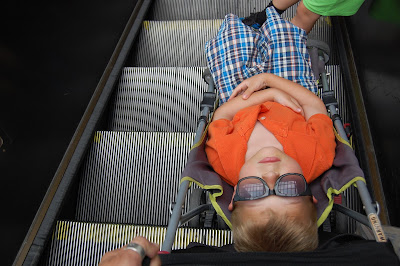 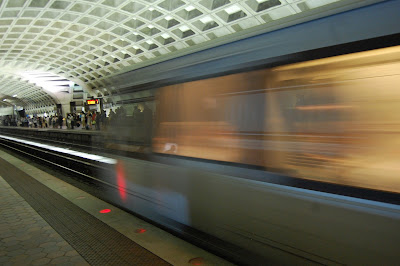 we ate dinner at noodles company, then went to bed for the last night of our vacation, with one more place to visit in the morning before heading home.