steelers squeak one out, get to 5-4 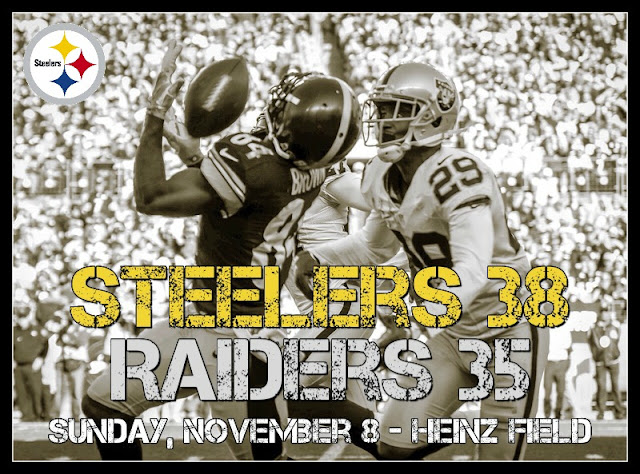 seems like nothing can be easy for the steelers.  not only did they have to squeak out a close one on sunday against the raiders, but they may have lost ben roethlisberger (again) to injury for an undetermined amount of time.

still, it is hard to leave this game with too bad a taste in your mouth, since this offense was really fun to watch on sunday.  the defense?  not so much.  but d'angelo williams and antonio brown were just unstoppable, and it was great to see. 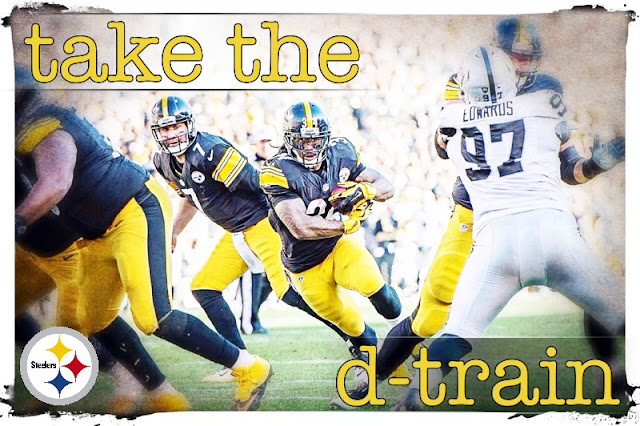 williams stepped in for leveon bell, who is out for the rest of the season with his knee injury, and the steelers hardly missed a beat.  he looked great, hitting the holes, getting through traffic, getting open in the flat, catching touchdown passes, and pounding for short yardage when necessary.  brilliant.

but not nearly as brilliant as number 84. 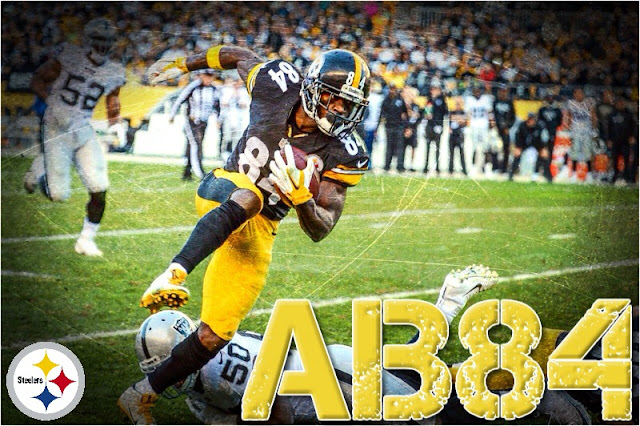 antonio was ridiculous.  he had more receiving yards on sunday than some teams had total offense!  he set pittsburgh steelers records for catches and yards, and it just seemed like the only thing stopping him was passes that weren't catchable.  the defense certainly wasn't stopping him.

the defense has some work to do, and with the whole team pretty banged up, the steelers get just what the doctor ordered: a date with the cleveland browns on sunday.  hopefully that, combined with the bye week the following week, will be just what the steelers need to author a strong second half of the season.