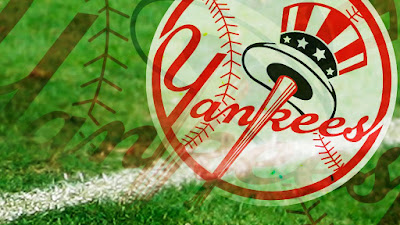 sadly, the baseball regular season is over.  the bad news is that there are only a limited number of baseball games left in 2015 (i would be happy if baseball was played year round).

the good news is that playoff baseball is here, and there's nothing like playoff baseball, when stadiums full of people hang on every pitch, less distracted by hot dogs and beers and t-shirts being shot out of cannons.  it's october.  which means these games really matter.

and none matter quite the same way as a wild card game.  it's a one-game playoff system.  two teams from each league make it to the wild card game, and the winner moves on to the division series.  the loser goes home to watch on tv.  yikes.

and it just so happens that my two favorite baseball teams both are in a wild card game, one in each league.  and both are the home team.  i will write about the bucs tomorrow, but the yankees play tonight.

it's been a crazy season for the yankees.  to be honest, i never expected them to make the playoffs this year.  in a division with the red sox and the orioles, and the rising blue jays, i just didn't think the yankees had enough youth, health, or pitching, to make it work.  boy was i wrong.  in fact, they led their division for the majority of the year, until the blue jays broke the bank at the trade deadline and stocked up on stars like a crazed monopoly player spending every last dime to get park place and boardwalk, along with a slew of houses and hotels.  it worked out for the jays, who won the division, but the orioles and the red sox struggled mightily, and the yankees were able to play well enough for that wild card spot.

and now what?  we shall see.  my expectations are fairly low, although i feel like the yankees should be able to beat the astros about 60-70% of the time, which bodes well for them tonight.  and maybe, just maybe, despite the constant pressure in new york to win everything, they are playing with a bit of a chip on their shoulder.  does anyone really expect the yankees to do much this postseason?  maybe that helps them play angry and to press less.  and with the unexpected news of starting pitcher c.c. sabathia checking himself into alcohol rehab (here's wishing you the best, c.c.), maybe they have an emotional edge to them, as well.

all i know - and all they know - is that they get one more guaranteed game.  tonight.  win it, and keep going.  lose it, and they can try again next year.  here's hoping for a some more games this year.  let's go yanks!