a storm that wasn't 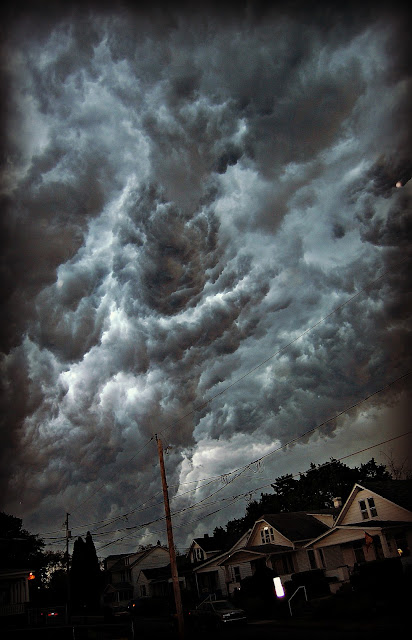 how do you like the look of those clouds?  that was the view from our front porch the other night as a very angry storm made its way across the valley of the susquehanna.  the sky squirmed and shook in anticipation, furrowing its brow and clenching its muscles, waiting for the worst.  but it was all bark and very little bite.  at least for us.  we heard the echoing rage from somewhere in the distance, as the sounds bounced around the hills, but ours was mostly a visual display.  from the blue of the peaceful day, to an ominous yellow, as if to warn everything that something crazy was about to happen, to this wrestling tangle of clouds, the vista was at once terrifying and intensely beautiful. 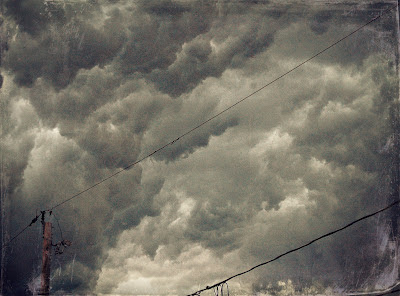 it rained, of course, and hard, but without much further ado, it moved off to flex its muscles in some other neck of the woods, leaving us with this beautiful reminder that we are never left on our own to fend for ourselves, no matter how scary it may seem.  even after the peaceful silence is broken by raucous and violent crash and clang; even after the color is drained from everything, leaving us in a tossing sea of deadly gray; even after all of that, there is still color - vibrant, extravagant, ridiculous color.  amazing. 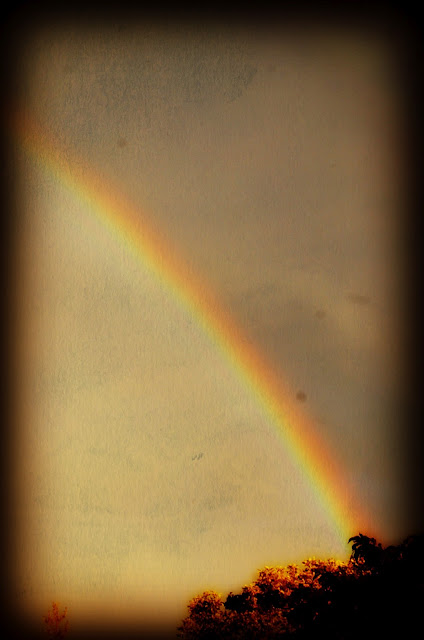 greg milinovich said…
they are real pix...i simply played with the color a bit on picmonkey.com. the sky was seriously sick-looking.
3:34 PM