derek jeter too old? no way! 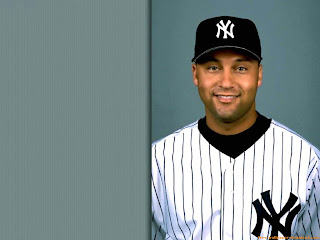 -it's been a really fun start to the baseball season for me.  the yanks have been decent, despite some terrible starting pitching performances, aand (as bas as this makes me sound) its been fun to see the red sox suffer so much, though they seem to have finally turned it around.  but the best part of the season, undoubtedly, is the unbelievable start that derek jeter is having, after the entire baseball universe seemed to tell him that he was washed up and too old and didn't have the physical gifts anymore to play everyday shortstop in the major leagues.  oh really?  he's just hitting like .420 right now.  no big deal.  here's a great article about what number 2...derek jeter...number 2 is up to this year.