March 07, 2012
wow, i don't know about you, but that was a super tuesday for me.  i mean, i had a good hair day, notched my belt on the second hole instead of the first (always a good sign), led a productive administrative council meeting at church and listened to the new bruce springsteen album (SO GOOD!!!!).  totally super.

okay, sorry about that.  apparently, super tuesday refers to a political day in which states vote for who will be the challenger to the incumbent president of the united states.  so, yesterday, people went to public places and did their best to finish the great "lesser of evils" multiple choice question: who will try to wrest the presidency away from barack obama: (a)mitt romney (b) rick santorum (c) newt gingrich or (d) ron paul.  oh yay!

so, yeah, super.  a super day for this great union.

well, it was at least partially super.  bruce springsteen's new album came out and it is fantastic, at least at first blush.  it feels musically diverse and yet completely connected by theme and direction.  it all at once feels terribly broken and totally in touch with the tragedy of this life, and yet simultaneously hopeful, with almost reckless abandon.  it feels both jersey and global.  it feels both religious and political.  it seems lodged firmly in the run-down main streets of old mill and steel towns, and yet seamlessly connected to the sweet hereafter, where the streets are made of gold.  springsteen traverses these distances and dichotomies with great grace and gumption.  he is one of a kind, and is true to form here on "wrecking ball."  i highly recommend it. 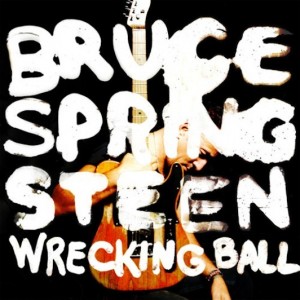 so, i guess it was super.  not really sure how super, as we get to continue to hear overly self-important and ridiculously rich politicians run their mouths further about why they are so great and their opponents are so stupid, until the nation finally rests on one candidate who gets to move on to the next round of knock-down drag-out, spit-in-your-face to win a vote politics.  i am SO not looking forward to it.

maybe i'll vote for bruce and his wrecking ball.  knock the dang thing down and start fresh.

oh well, i don't know about you, but mitt and newt and rsant have pretty much nothing to do with how i choose to live my life in this moment, so here's hoping that you, along with me, will have a super wednesday.

glad your hair and belt notch made for a super tuesday. oh, and springsteen. yes. the boss. Right? that's what they call him, i think. not that i know many springsteen songs aside from "Born In The U.S.A."

i am having a super wednesday. its my favorite day of the week.

hope your hair cooperates two days in a row, i know those kinds of things can be finnicky.
10:17 AM