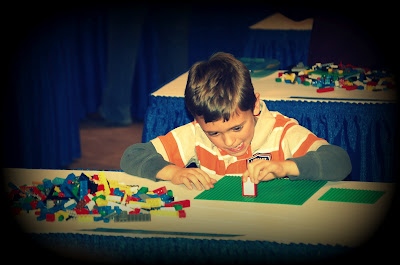 this weekend my two older sons were able to participate in a lego building contest in bloomsburg, pa.  they were given several hundred assorted legos and were to build some sort of building.  we used it as a great opportunity to continue to teach them about celebrating creativity and finding purpose and pleasure in playing, not only in winning.  as you can see in the picture above, jackson took it really seriously, designing a large "outdoor house," complete with electricity, a pizza oven, and more. 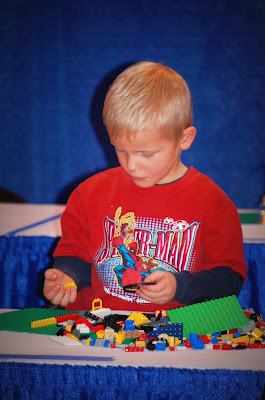 i'm not really sure what Cade built, other than what he calls a "house.'  they were to build for 45 minutes, but cade, who was one of the youngest kids in the field of 30, got a bit bored and starting cleaning up his legos before the time was up. 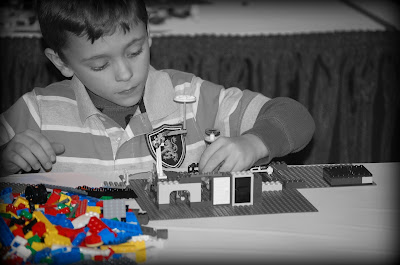 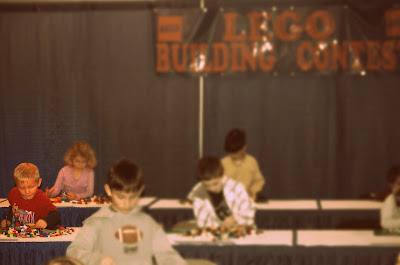 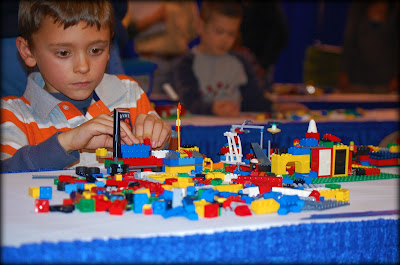 the local newspaper was there and interviewed both Jackson and myself, along with others.  they ran the story in the sunday paper, and we were both quoted.  you can see the story here.  we had a great time trying something new, and finding another outlet for our current obsession with legos.  (we are currently in the process of building every lego set we own and putting them all together for a picture.  we have 33 built and about 6 more to go!).  the boys got t-shirts and ribbons for participating, and daddy might have gotten them some ice cream on the way home.  as we walked towards the car after the competition, cade proclaimed with the kind of  untainted joy that only a 4-year old can express: "i'm in a LEGO mood!  let's go home and play more legos!"  and so we did. 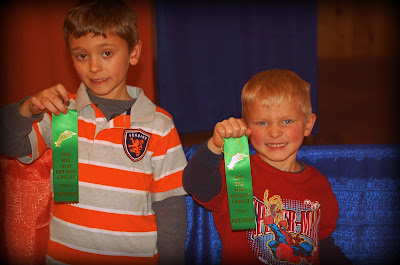 Mary said…
so amazing! and WAY more official looking than I expected! Looked like a high pressure situation...eeck! nice article too by the way!
9:38 PM