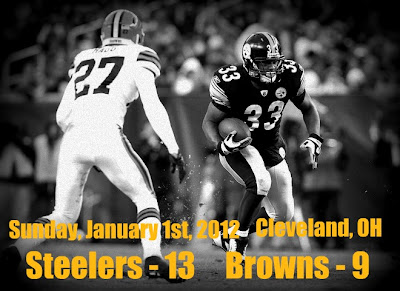 as you have surely heard by now, i was fortunate enough to win tickets through a local radio station and travel agency to the steelers final game of the season in cleveland on sunday, january 1st.  the two tickets included the round trip bus ride to cleveland.  since shannon couldn't leave the baby for so long, i took my sister-in-law who is a steelers fan and has never seen them play in person.  we caught the bus in selinsgrove at 8am (on new year's day!) and enjoyed the road trip to cleveland.  i knew there was no way i'd be sleeping on the way, and i was right.  i just had too much adrenaline and excitement.  i must say, though, that cleveland, as a cityscape, is less than impressive.  approaching cleveland is a distinctly different experience that driving into pittsburgh from the fort pitt or liberty tubes.  still, we got the the stadium, parked about 25 feet from lake erie, and got off the bus for some tailgating.

when we stepped off the bus, we each received a steady punch in the face.  the wind.  it was ridiculous.  you had to sort of brace yourself against it or it would cause you to lose your balance.  it was blowing grills over.  bags of chips were flying across the parking lot.  hats were lost.  and so on.  except for the giant brown lake and the assaulting wind, you might have thought you were in pittsburgh, at least by looking at the fans.  it seemed to be about 75-80% steelers fans in the parking lots.  there were various chants of "here we go steelers" and even a ceremonial burning of a browns flag.  we finally moved towards the stadium, just to see if we could get away from the relentless wind.  hey, at least it wasn't raining. 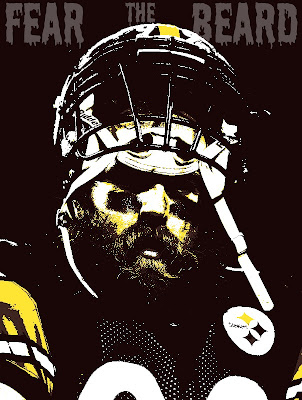 our seats weren't prime, by any means (upper level, probably 20 or so rows from the top, at the corner of the stadium), but the view was fine and the stadium staff were friendly.  once we got situated and approached kickoff, it became clear that the crowd was somewhere around 50-50 steelers/browns fans.  if i had to choose, i would say there were more steelers fans than browns fan, but i could be wrong.  still, it was impressive to see that many steelers fans in a 'foreign land.' 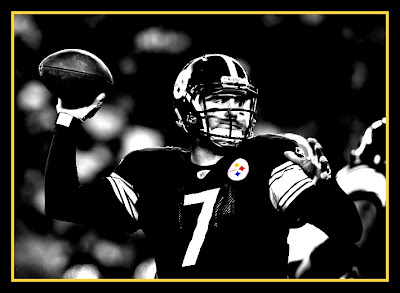 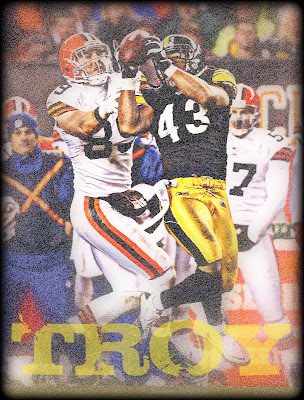 and i was more than thrilled to see hines get the 5 catches he needed for 1,000.   i have been a hines ward fan since the year they drafted him.  when he first reported to training camp, he was assigned number 15.  15 has always been my favorite number, and wide receiver has always been my favorite position, so i immediately took an interest in hines.  it was merely an interest at first, but it soon grew into awe and deep admiration after watching him make tough catches across the middle, sniff out the end zone no matter what elite db was trying to take him down, and block the snot out of whoever was in his way, regardless of size or reputation.  he was tough.  he was undersized.  he was enjoying every second of it.  i loved all of that.  i loved when he would go up for a 6-yard catch, take a helmet to the chin, and get up smiling, inspiring tunch ilkin to say, "hines is tougher than woodpecker lips!"

in short, hines ward is my favorite steeler of all time.  his is the only officially licensed jersey i have ever owned.   i got his autograph at training camp in 2007.  i have written about him.  and now, i got to be in the stadium as he did something that only 7 other players have EVER done before him in the nfl: catch 1,000 passes.  that is remarkable, given that he plays in a bad-weather city for a team that for much of his career has been known for running the ball.  he is an amazing individual, a super-bowl mvp, a college quarterback turned nfl wide receiver, a dancing with the stars champion, a man of mixed race and a broken home, and a smiling fool.  i couldn't have been any happier than to see him catch that stupid shovel pass for -2 yards.  i was the first one (at least in my section) standing and waving my terrible towel for that 2-yard loss.  i wasn't cheering for the steelers or the offense or for the game.  i was cheering for hines ward, my favorite football player of all time. 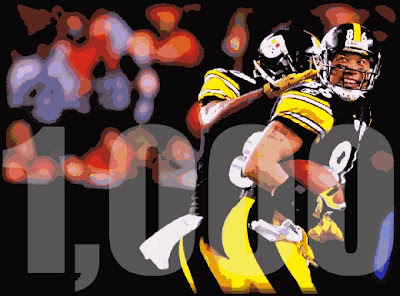 meanwhile, there was still a game going on.  while it didn't show on the scoreboard, the steelers were dominating the game for the most part, when antonio caught a big pass near the end of the first half (i was in the bathroom). 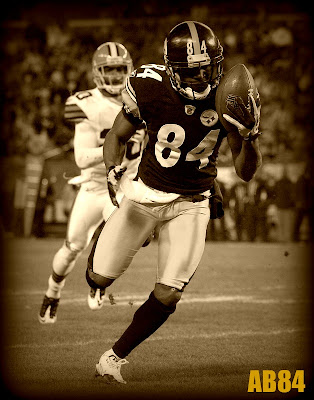 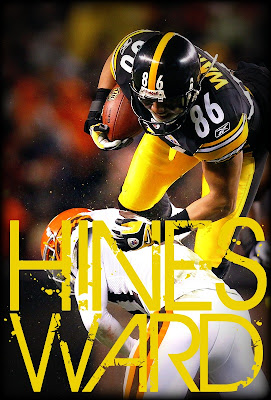 the game proceeded much the way that most steelers games against inferior opponents go: it was WAY too close.  in fact, it was so close that it all came down to one final play.  the one pictured below.  a throw to the end zone in the snow that was, as you can see, almost a very terrible ending for the steelers. 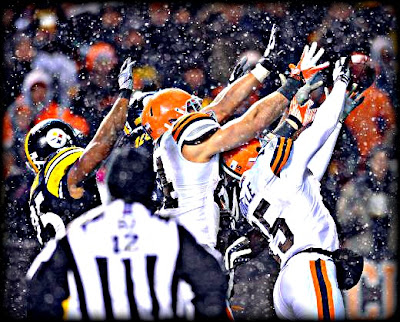 but, the ball bounced to the turf, and the steelers escaped the cleveland wind with a win and a ticket to denver to play the tebows, err, i mean broncos, in the first round of the playoffs.  it was cold, but we were fortunate to stay pretty much dry, despite some blowing rain and snow throughout various parts of the game.  i enjoyed the game thoroughly, and screamed my voice away.  the browns fans around me were (mostly) hospitable, though understandably frustrated with another losing season and another loss to their hated rivals. 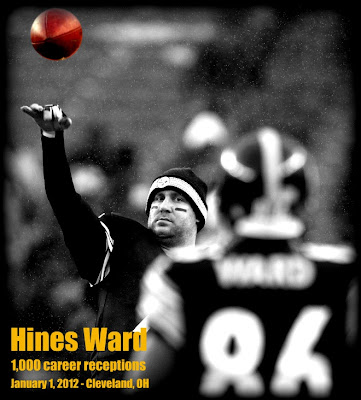 after the game we got back to the bus, and waited in traffic for at least an hour and a half, if not more.  once we finally got out of cleveland, we hit tons of snow and ice on 77, which clearly had not yet been salted at all (was all of ohio still sleeping off a new year's hangover, or what?).  our bus slowed to a snail's pace, which all resulted in me not walking through my front door until 4am, delirious with exhaustion.

so it was a wonderful experience, and i really enjoyed it.  and will cherish it as a great steelers memory for years to come.  again, a big thanks to 92.3 WVSL and Miller Travel Agency for the opportunity.

Allan R. Bevere said…
Glad you got to Cleveland. I have been to Pittsburgh and will put our city's skyline up against yours any day of the week.
9:28 AM