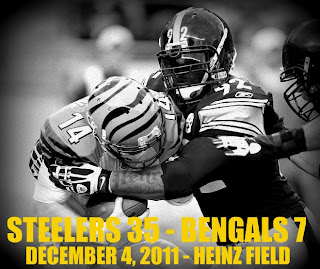 well, that was better.  usually, steelers games involve some intense levels of panic and pacing, shortness of breath, cold sweats and, ultimately, cardiac arrest.  pretty much every week.  but not this week.  now, that's not to say that i was comfortable with the steelers 35-7 win over the bengals.  far from it.  i'm the kind of fan who wants every game to be 63-0.  otherwise i have this nagging sensation that the other team is going to somehow come back.

well, it didnt' happen.  and while i wouldn't personally call this game a thing of beauty, it was a demonstrative win nonetheless, and the steelers keep pace with the ravens for the afc north sweepstakes and all but secured a wild card berth, barring some terrible collapse in the remaining games.   so, all in all, it was a great day for the black and gold. 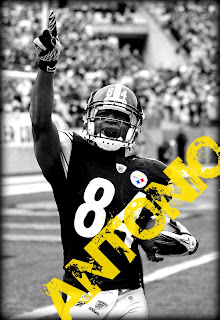 antonio looked great again, catching some nice paces and making moves after catches for some yacs.  also a great punt return to the house (but kudos must be given to bryant mcfadden for blocking THREE dudes on that one play). 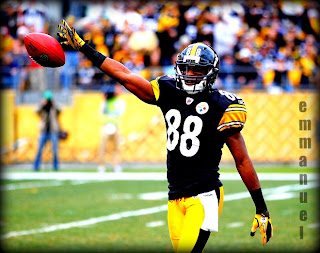 one of my favorite steelers is emmanuel sanders.  i wish he would factor into the offense a bit more, as i think he could be just as effective as brown, but here's hoping he's in black and gold for awhile to keep getting opportunities. 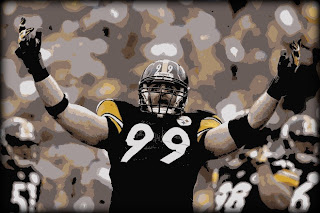 keisel's been coming up big recently.  it must be the beard getting back to its former length and reacquiring some of its magical powers. 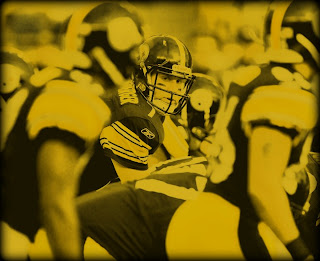 this is just a really cool shot of the offense.  phil simms was mentioning it several times during the telecast on cbs yesterday, but i happen to agree with him.  while the steelers offense hasn't shown it can move the ball at will, it also must strike a certain amount of fear in the hearts of opposing defenses, what with all those receivers and now three capable tight ends (johnson, saunders and miller) who can both catch and block, not to mention mendenhall and redman.  there are a ton of weapons there.  if the offensive line can stay healthy and keep improving, this offense has a very high ceiling. 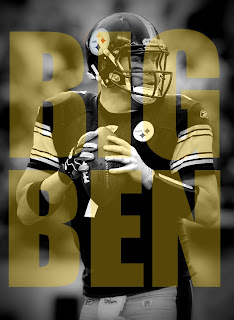 ben was good yesterday.  not great, but good.  and that's exactly what they needed.  he didn't turn the ball over.  he didn't do anything stupid.  didn't force anything.  just played good football.  therefore it won't be one of his huge stat days, but it is a divisional win and that's what really matters.  good job, ben. 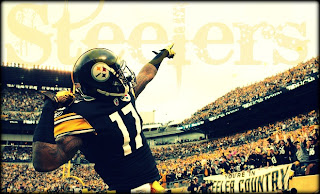 and so the steelers are 9-3, with four games to go.  it is very realistic that they will end up 12-4, or even 13-3.  one game at a time, of course, but things look good here in early december.  it was great to see the steelers win big at home.  now they have a very short week in preparing for the browns in pittsburgh on thursday night.  go steelers!