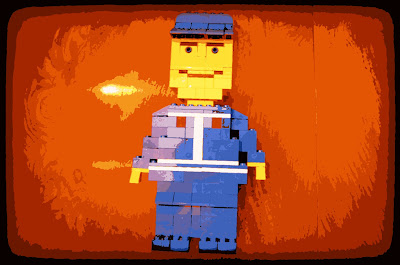 a few weeks ago we had some friends from new jersey visit and spend the weekend with us.  now, just as a point of reference, i should be clear about one point:  we are adults.  well, at least shannon and i are.  and two of the three who came to visit were also adults.  for those keeping score at home, that's four adults and four kids.  pretty even numbers, i'll grant you, but don't forget that we have the advantage in physical skills (speed, strength, agility [okay, maybe not agility]), reasoning, driver's licenses, money (not much) and the distinct ability to eat something other than a nugget shape made of something resembling the meat of a chicken.

you would think.  so guess what we did with our guests?  put the kids to bed early, hire a babysitter, and head out on the town to experience some night life?  or maybe just settled in with a movie that wasn't made by pixar or dreamworks (i'm not even sure there are any at this point)?  maybe you think you know a thing or two about parents, and so your guess is that we just relaxed, being exhausted from chasing kids around all day, so we just sat on the couch and vegged while telling stories about our children.  good guess.  that would be close, but no carrot stick (it's like an orange cigar...you know....nevermind).

no, somehow, despite our advantage in mental acumen and sheer physical force, we found ourselves spending saturday afternoon surrounded by bins and piles of legos.  we built cranes and tractor trailers and a giant lego island, and this guy, which was shannon's work: 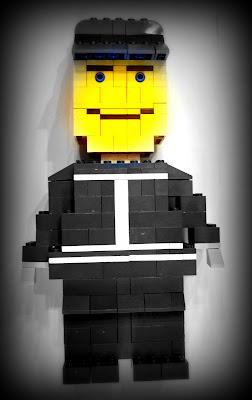 did we lament that we weren't doing something more "adult?"  did we regret that we spent the afternoon stacking rectangles and perusing through piles of plastic blocks?

absolutely not.  we had a blast.  you see, i, for one, believe that playing is very important.  play gets a bad rap sometimes, at least compared to work, but it is at least equally important.  in fact, it is sometimes the same thing, or a more effective way to work.  when we play well, we learn and explore and create and dream and take risks.  without play, without using our imagination, what would life be like?

and so there we were: four adults, sitting cross-legged on the floor, surrounded by blocks and cubes and minifigures strewn about, laughing and creating and building.  maybe it wasn't quite as adventurous as going to the mall and then happy hour at applebees, but then again, maybe it was way more adventurous.  it certainly was more worthwhile.  both for our children, and for us. 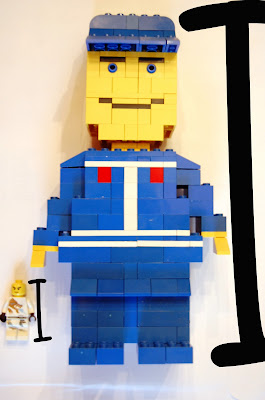 knit one, knit two said…
I used to keep a coloring book and crayons at work and color a page when I was stressed out. And years ago hubby got me a play doh barber shop for Christmas - before we had kids. Play on!
8:52 AM