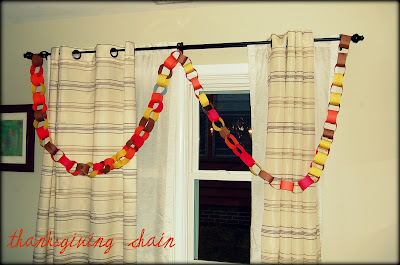 this year, all through the month of november, our family worked on a thanksgiving chain.  each night after dinner, each of us would write one thing we are thankful for on a small slip of paper, which we would then glue and add to the chain in our dining room.  by the end of the month it was pretty long, and even included links made by different guests we had over for dinner during the month.

it was a great exercise in gratitude, not only for the children, but also for shannon and i.  and now it is fun to take a look back and see the different things we've been thankful for over the month, like this one, which is Jackson's.  why not be thankful for batman?  he stops such awful villains as mr. freeze, the riddler, and the wildly grotesque killer croc.  i'm thankful, too! 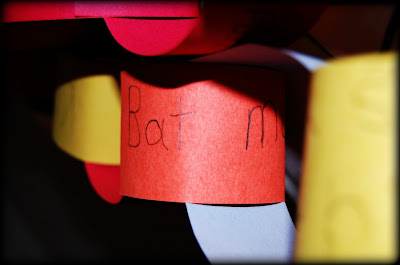 i particularly enjoy this one, which is caedmon's.  it says "magical pencils," and is how he says "mechanical pencils," which i suppose is something he is thankful for.  hey, might as well be grateful for the little things, you know? 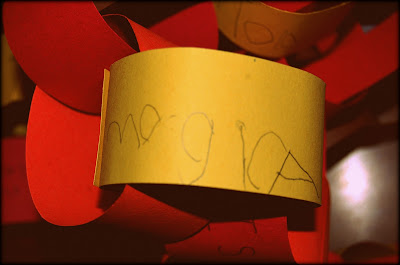 shannon is thankful for laughter. 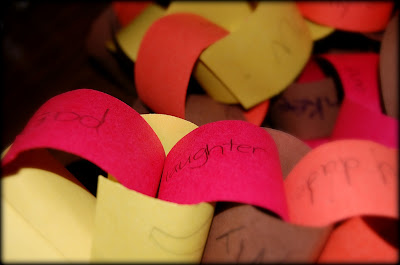 i am thankful for hope, among other things.  and i am hopeful that even as we put away the thanksgiving chain for another year, we won't pack away the underlying necessary attitude.  we need to foster gratitude in the midst of a culture of greed in which people spray each other with pepper spray in order to get a good deal on a waffle iron which will probably end up in the back of a cupboard in a couple of months.  we are a people who are very sick with affluenza, and as much as i want my kids to have things, i also really want them to be filled with a sustaining kind of gratitude.  and it starts with me, and my own willingness to be content with the abundant life i am living.  i hope to leave that legacy for my kids.  and i'm thankful for that hope. 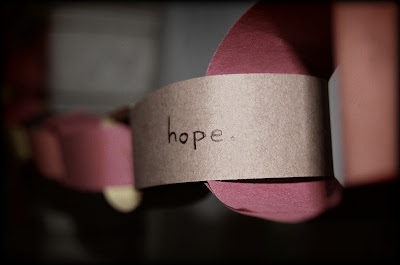 Greg C. said…
Ditto.
And one (perhaps silly) thing I'm thankful for is that you never changed the name of your blog because it's still at the top of my list of blogs I read!
1:16 PM

Emoly said…
That is awesome! Your family and your blog continue to give me hope!
2:18 PM

cathyq said…
I love the idea of a chain of thankfulness. We can all use a reminder to be thankful, especially this time of year. We are truly blessed.
7:24 PM