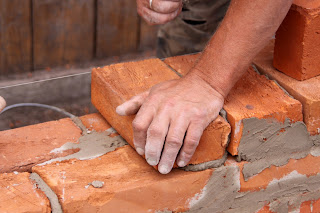 in a recent interview with the associated baptist press, author scot mcknight argued that social justice outside the church is not "kingdom work."

okay, i know, for most of my readers that's not a very compelling way to start a post.  i get that.  but, if you bear with me for a second, we can unpack it and you might find the conversation to be not only worthwhile, but perhaps even critical.

mcknight is arguing against those groups and individuals on the left who would be about the work of social justice without also preaching, teaching, or offering Jesus.  in other words, if i'm part of an organization that helps reach out to the jobless, offering career services like resume writing, interview skills, some professional clothing, etc., but i don't also try and save their souls, then i'm not really doing what he calls "kingdom work."

at first i thought that this was really just a more religiously disguised way of echoing glenn beck's lovely statement from a few years ago that if your church is doing "social justice," get the heck out of that church as soon as possible.  that sentiment comes from the chorus of those who absolutely do not understand what Jesus was and is about, and the truth, quite contrary to mr. beck's entitled comfort, is that if your church is NOT doing social justice, than you'd better find a way to make sure it is (don't run away from your church just yet).

but if you read mcknight's interview, he isn't saying that social justice is bad; in fact he argues that social justice is indeed kingdom work, except he wants to add one qualification: it has to be done by the church.   i applaud his words in this interview, if for no other reason than they should be a part of calling the church to action.  if Jesus were here to speak to his Church today, i suspect he would encourage us to spend a bit less time focusing on "getting spiritually filled up" in worship each week and a great deal more time exerting some spiritual energy beyond the walls of the church, building the Kingdom.  and that means meeting people who don't already go to your church.  that means loving people you don't already love.  it means fighting injustice wherever you see it.  it means loving mercy in concrete and practical ways.  it means getting a visitors pass to both the hospital and the prison.

but i want to diverge on one point.  the church is not the only one who can be a part of bringing God's Kingdom "on earth as it is in heaven."  we would like to have such a monopoly, but Jesus made it clear that it wouldn't be good for us, that it just leads us to complacency and to making a nice comfortable bureaucracy that enables us to do only what we want to do, when we feel like doing it, and to justify our lack of doing anything.

instead, in matthew 25, Jesus makes it clear that the ones who know him are not the ones who got spiritually fed at worship each week.  they aren't the ones who spend lifetimes on committees and attend enough church suppers to raise enough money to repair all the stained glass windows.  they aren't even the ones who can tell you exactly how they walked "the romans road" and how they believe in their heart and confess with their mouths, blah blah blah.  they aren't those people, unless those people are also visiting the sick, feeding the hungry, and making relationships with the prisoners.  in the end, says Jesus, what matters is not so much your belief or your church or your worship, but your willingness to love your neighbor in real and concrete and passionate and (sometimes) difficult ways.

if the church is relying on the government or other non-profit organizations to do justice and love mercy, then the church is failing.  but if the church thinks that they have a monopoly on doing things that grow the Kingdom of God, then they are dead wrong.  sometimes it is the samaritan - the outsider - who is really doing the work God needs done.  and if nothing else, that should wake us up and stir us to get up from our potluck supper and get out to the places in town where people are pushing their possessions around in a shopping cart, and start loving them like crazy.  that is kingdom work, whoever does it.