a couple of weeks ago, right after dinner, we played a family game in which we had to roll dice.  depending on what number you rolled, you got to draw a part of a jack-o-lantern.  each number corresponded to an added element that you could add to yours - or someone else's - drawing, including hair, accessories, teeth, and even naming the pumpkin.  we had alot of fun with this, and i thought i'd share the final products with you.  first, cade came up with a pumpkin named "mad lady."  i think she went a little heavy on the eye makeup. 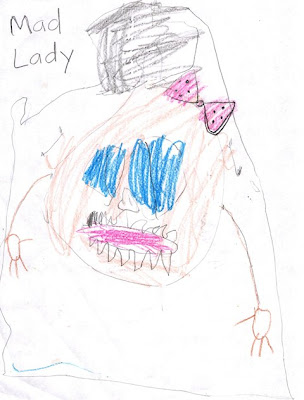 jack decided to name his "name," and made his look like a possessed apple with hair.  that's terrifying. 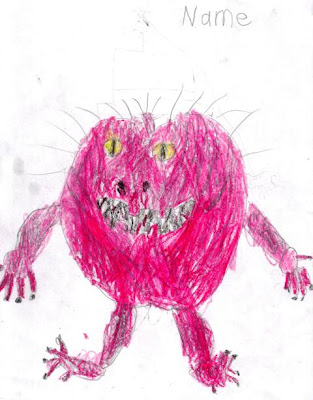 this one is mine.  i went with a vampire jack-o-lantern named virgil.  watch out, he vants to drink your pumpkin juice. 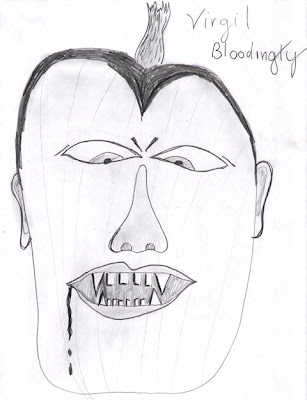 finally, shannon's was a bit fat, so in homage to the great bill cosby cartoon, she named him albert.  one of cade's roll of the dice allowed him to draw something on hers, hence the tiny little t-rex arms that albert has. 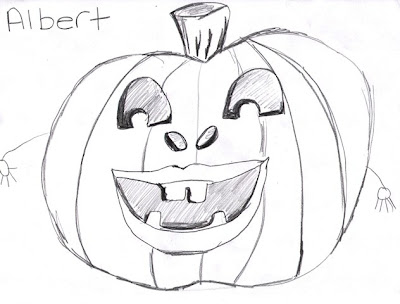 quin was disqualified when he spit up on his, then fell asleep on it.  that was clearly a violation of the rules.

as parents, it is fun for us to find ways to inject some fun and excitement - however simple - into the regular activities of life.  Shannon is particularly good at being intentional about this, and i believe it is stuff like this  - maybe not the activity itself - but the investment in time and energy that the activity reflects - that will be really important in helping our boys know that they are deeply loved.

hope you are having a fun fall, and that you, too, know that you are deeply loved!