November 04, 2011
it's hard to type with this much adrenaline coursing through your bloodstream.

oh man.  it's ravens week again.  and this time it's HUGE (is it ever less than monumental?).  the ravens already beat the steelers in butt-o-more, in dominant fashion.  they whipped the steelers all over the field on opening day, and then celebrated during the 4th quarter like it was a homecoming game.  i guess they forgot that they had a full season in front of them, not to mention another matchup against these steelers in heinz field.

but they shall forget nevermore, because this sunday terrell suggs - 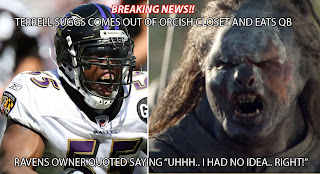 and the rest of the ravens - will arrive at heinz field for an epic matchup between these division rivals.  nothing in all football gets me as worked up; as emotional; as willing to toss aside my usual decorum and instead embrace violent chest-thumping and generally just jumping about the house breaking things; as full of sports-induced rage, as steelers-ratbirds.

they are the worst team in sports.  ever.  my mom taught me not to say a certain word, so i can say this: 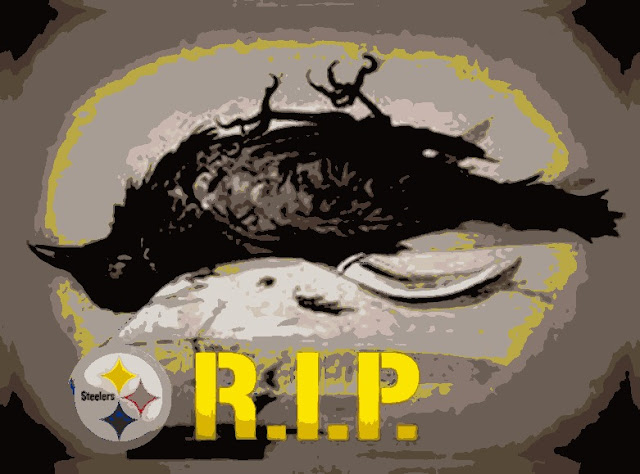 if that isn't evident by now, you haven't been reading.  or you're new here.  if so, welcome to the blog of dead black birds.

hey, at least i'm not alone in my disdain.  have you heard what the ravens have been saying this week?  terrell suggs has said that he own's ben's roethlisberger's (butt), that he keeps it in a fridge in his basement where he gets it out from time to time to look at it.  who is he, jeffrey dahmer?   he called heinz field his own personal madison square garden, as if he's the villainous star of the show.

it's pretty clear that the ravens have a steeler complex, as evidenced by the celebrations during their week 1 win over the steelers, as if they had collectively just shaken a 600-pound monkey off their shoulders.  only problem is, depending on what happens this week, the monkey might just crawl right back on their purple shoulders.

and if anyone will help give that monkey a hand during his climb back to his usual perch, it will probably be the wildly inconsistent and consistently disappointing joe flacco, quarterback of the purple browns, and his maddening unibrow. 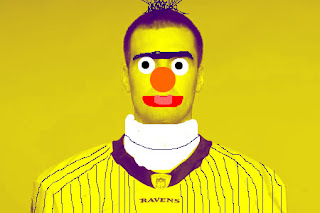 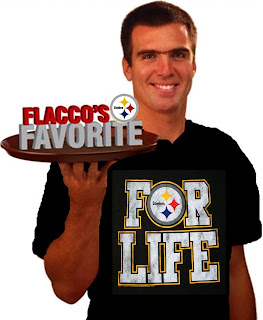 i'm hoping - predicting - that flacco will serve up one of these:

the atmosphere at this game will be unbelievable.  the steelers will be playing their throwback uniforms....the stadium will be blaring renegade...the crowd will be screaming their throats into oblivion.  it will be: 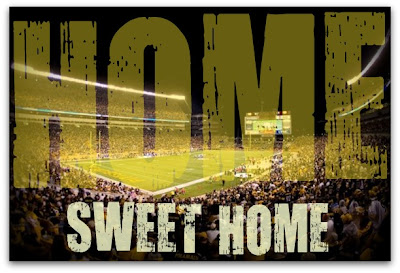 and i am hoping that by the end of the game, this will be the scene: 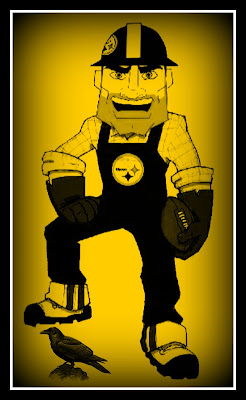 we have only two very simple sports rules here as we raise three boys.  you are free to cheer for whatever team you'd like, but you may not, under ANY circumstances, root for the boston red sox or the baltimore ravens.  it is the unforgivable sin.  i know i share this on every ravens week, but here again is evidence of how the ravens are having a terrible effect on our nation's youth, and how at least one youngster (my son) is taking a stand against all that is evil.  go steelers!