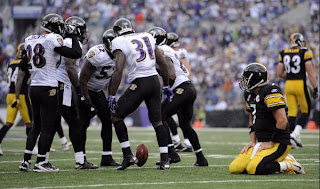 well, since the steelers decided to take their first game off, i dont' see why i shouldn't take today off from blogging.


seriously.  i just want to lie in bed, pull the covers over my head, and pout.

but that had better not be what the steelers are doing.  they better be busy eating their humble pie.  all of it.  every last bite.  and i hope it serves them well.  it appears that they really needed to taste it, and i hope they get  more than their bellies full of it.

the only problem is that, at least to these eyes, it wasn't just that the steelers didn't seem to want it as much as the ravens (though that was clearly part of it), but that they just weren't as good at running, catching, blocking, tackling, coaching, and well, just about everything.  they weren't just out-willed.  they were plain out-played.  no amount of humble pie will fix that.

at least it's monday.  well, at least there was this: 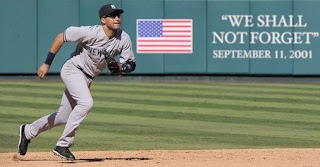 the yankees won, extending their al east lead as we approach october baseball.  my knee jerk self wants to say that at least i'll have baseball in october, but i know that it was just one game for the steelers, and there is a whole season to go.  but color me skeptical about their chances this year after laying that colossal egg.