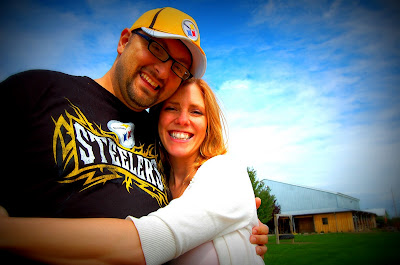 its been a ridiculously busy week, but i thought you might enjoy a few pictures of the milinovich's in action this last week.  the picture of shannon and i above was taken by jackson at ard's farm, where we went with my parents this weekend.  the picture below of jack was also taken at ard's.  (by the way, if you are ever there for the breakfast buffet, get it.  seriously.  amazing.) 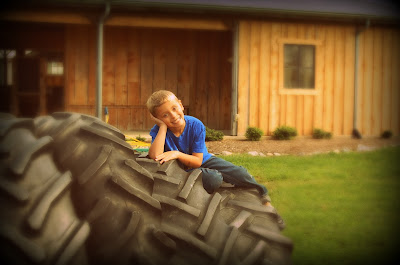 this picture of cade was taken yesterday after shannon made brownies and cade got to lick the bowl or the beaters or something.  in any case he ended up with quite the chocolate goatee, which he wore as a badge of honor for the remainder of the afternoon (along with the heinz ketchup bottle and pickle pins you can see on his shirt). 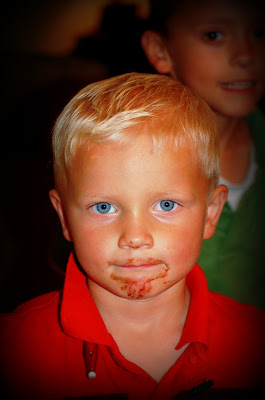 okay, so this picture of quin and i wasn't taken this week, but i wish it was because i could use a nap.  we were honestly both sleeping here, and it was wonderful.  best.nap.ever. 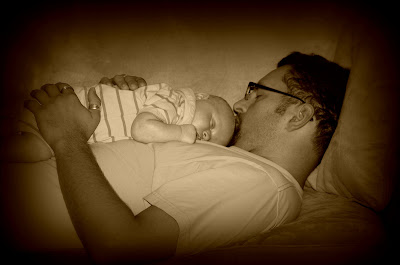 and finally, this is just a recent pic of quin.  i was told that the last pics i posted of him didn't show his eyes enough, so here is one featuring the peepers.  he has either just seen:
A. the steelers week 1 loss to the ravens
B. me with my shirt off
C. a chainsaw weilding madman, or
D. lady gaga.

in any case, he looks terrified.  but you can see his eyes. 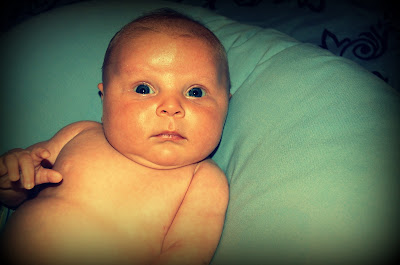 (ps. the doctor checked him out this week and told us that he is in the 99th percentile for weight) 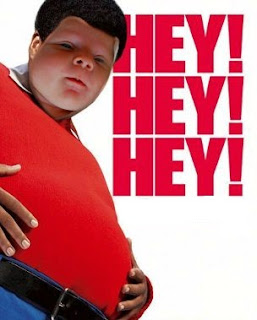