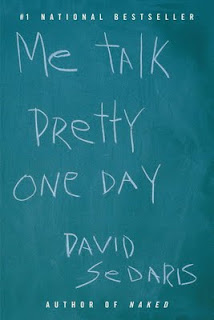 -just finished reading david sedaris' hilarious book "me talk pretty one day."  the expression LOL is not one i use, unless forced at gunpoint, but if it were ever appropriate, it would be in describing this book.  there were many moments where i literally guffawed (such a great word).  there were others were i was trying to hold it in, which simply resulted in the whole "santa-claus-bowl-full-of-jelly" thing that simply elicited disapproving stares from the others around me at the saturday night auction where i was reading it.  i would occasionally look up from my shaking book and bid on a box of star wars guys, before returning to sedaris' description of his dad's eating habits, LOLing all the way.  at one point i'm pretty sure the auctioneer interpreted a stray guffaw as a bid on a ceramic clown that, had i accidentally purchased it, would have given me night sweats for months. 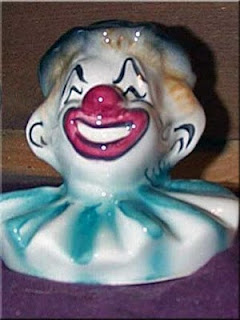 -we talk a walk last week and ended up walking around the local cemetery.  it's not far away, and a nice place to walk with kids without fighting traffic, so we often end up walking there.  caedmon noticed a grave stone with a statue of Jesus on it, and he delightedly proclaimed that he found where Jesus was buried.  i explained to him that it was just a statue of Jesus and i reminded him that where Jesus was buried the grave would be busted open because Jesus was no longer there (he is risen!).  i also told him that all of this occurred on the other side of the earth, but that must not of sunk in because a few hundred yards later he found an old, old stone that was crumbling apart and falling over.  less boisterous this time, with a real conviction, cade pointed to the rubbled old grave and almost whispered: look, that's where Jesus was buried!  while historically inaccurate, his sense of awe was nonetheless contagious and moving.  if only we all saw Jesus around us so readily. 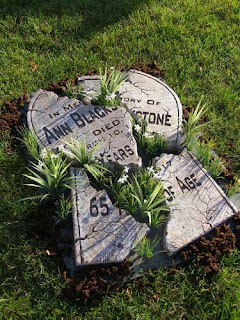 -been listening alot to a band called 'gungor' recently.  i guess they used to be called the michael gungor band.  i don't really know much about them, but i'm really digging the album called 'beautiful things,' especially the song by the same name.  it is my personal anthem right now.  i am currently leading a Bible/book study (we had 26 participants on monday!) called 'surprised by hope' based on the book of the same name by n.t. wright.  one of the main premises of the book is that God is building God's Kingdom on earth.  this whole concept is very foreign to so many of us who always thought of heaven as "up there somewhere."  we are exploring what the Bible actually has to say about this, and about what a "new heavens and new earth" might mean.  but i know this: when we are in Christ we are a 'new creation.  all the old has passed away.'  that doesn't mean that God throws us away and starts from scratch.  it means that - somehow - God makes us new.  which is what the One we call Redeemer will do with all of creation.  this song bears witness to that in a powerful way.  check it out below (includes all the lyrics).

-and i will appropriately close with this: congrats to mariano rivera, the great closer of the new york yankees, on his 600th save.  only one other man has ever done that, and he ended up with 601.  so, go, Mo, go.  (one of my favorite sentences that i've ever written). 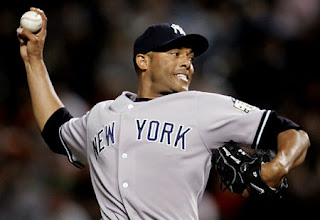