March 01, 2011
it was officially announced last night that hines ward will be dancing with the stars on the next season.  this wasn't my favorite bit of news, to be honest.  i'd rather the steelers just put every ounce of their energy - every moment of every day - focusing on getting back to the superbowl and winning.  this is the kind of thing that i want other players to do, so that they aren't focused.  still, i hope he does great, as i can't root against hines in anything.  he's already got some sweet moves: 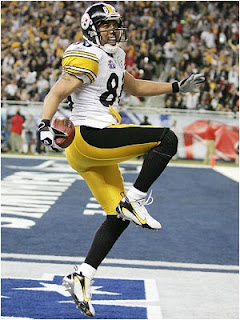 it's march 1st, baby!  woohoo!  in like a lion?  maybe a lazy lion who doesn't feel like moving towards spring but would rather just lay there continually hitting the snooze button.  yesterday was in the fifties, but we'll be experiencing high temps in the low 30's on thursday.  i can't tell you how much i'm ready for warmer weather.  and baseball.

last night cade was telling us who his friends are in school.  he was saying that he doesn't like one boy because he hits him.  and he doesn't like another boy because he throws up.  there are several kids that he "loves" though, including one tinkerbell.  actually, her name is mirabelle, but apparently cade thinks her name is tinkerbell.  awesome.

i spent a good part of yesterday finalizing my plans for lent, including the themes of all the wednesday night services i'll be doing.  i get so inspired thinking about this liturgical season, that i feel like i want to make a collage for each week of lent, just like last year.  i think i might just do it.

we had a great weekend with some friends from new jersey who visited us, and we haven't laughed so hard in awhile.  holy shish-ka-bob!

charlie sheen is insane.  i mean, completely insane.  i feel like he has become emblematic of one of the logical ending points of our culture.  it makes me very sad.

and so as not to end on a depressing note, see if any caption comes to mind for this particular photo: 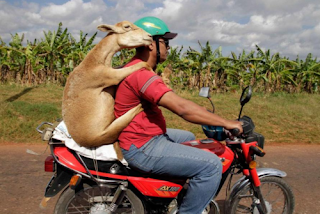