is that cheese on your pie crust, or...

March 03, 2011
last weekend when we had company, shannon baked something called a nestle toll house chocolate chip pie.  she had never made this before, and if you've never tried one, just imagine eating great gobs of butter and chocolate chips inside a pie crust.  i'm sure it is somewhat more culinarily complicated than that, but it essentially tastes like eating 6 of the 7 deadly sins all in one chocolately slice.  as homer would say, "mmmmmmm....sins." 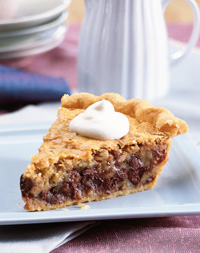 then a few nights ago we had a yummy dinner of gnocchi and broccoli tossed in a yummy sauce and topped with parmesan cheese.  i convinced jack that the gnocchi were actually grubs like the ones that pumbaa and timon eat in the lion king, and so we had fun with that.  and i should assure you that when we eat parmesan cheese on something, we don't buy the green can with the "shakey cheese."  we get the whole chunks of parmesan and grate it up right at the table with our handy dandy pampered chef cheese grater (which, by the way, requires several post-graduate degrees in engineering to disassemble and clean). 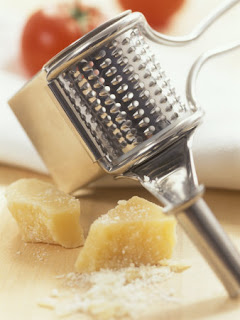 anyway, when you have young children operating a handheld machine that normally requires the intelligence of stephen hawkins, and you are busy convincing them that they are eating juicy bugs, there is bound to be a little bit of parmesan cheese that falls on the table.  mark that down and take it to the bank. it's a universal truth, and a sentence you'll likely see in bartlett's book of quotations sometime soon.
so back to the cheese on the table.  after we had cleared the plates and sliced up some sin pie for dessert, i discovered the striking similarities in appearance between nestle toll house pie crust and the nickel-sized chunk of parmesan cheese on the table.  it was remarkable.  and it gave me an idea.  how great would it be to get this chuck of cheese onto shannon's plate without her knowing it?
answer?  totally awesome.  it took some very careful work to get that thing on her plate without her noticing, as she was guarding that tollhouse pie like it was all the gold in fort knox, but i succeeded in sneaking it on, and then watched as she ate all around it until she was nearly done.  finally, with one of her final bites, she scooped that bit-o-cheese up with a small piece of crust and put it in her mouth.  the following expression captures her reaction: 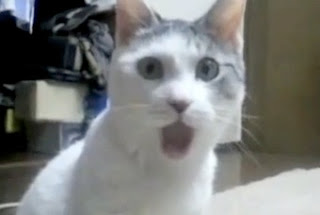 it was hilarious, and the hardest i laughed in a long time.  until she punched me in the arm.  then i needed another piece of pie to make me feel better.

hope your day is full of laughter, too, but no surprise bits of cheese.  however, a piece of sinfully chocolate pie wouldn't be so bad....

Crafty P said…
oh goodness me, you described nestle tollhouse pie to a "T". it's sinfully delish. I made that for Vinny's bday a few years ago. yum!!
9:45 AM

Parmesan cheese in your house is very dangerous. I've heard of a story where a visitor gave Jack the cheese grater and walked away only to have Shannon discover him moments later with a mound of grated cheese that far surpassed the size of the dish he was grating it onto.

Who knew Jack could grind cheese so fast? And who would think it was dangerous to leave a child unattended with a cheese grater?

Maybe someone who loves cheese???

I hope that person learned their lesson.

You need a sign to warn guests about the dangers of Parmesan cheese in your house.
12:53 PM

julie said…
That's great. It's always fun to keep things interesting in the relationship - it makes for a lot of laughs! Wish I could have seen her face!!! Hahaha!
10:37 AM

Mary said…
Dont you recall tollhouse pie at grove city? oooh man...talk about vultures eyeing their prey! that was the best pie in the whole entire world.
11:46 AM