on snot and hate. 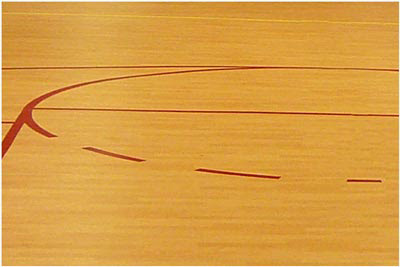 it was sort of a bad weekend.

it didn't really have a fighting chance right from the very beginning, since the whole family is right in the thickest part of a pretty good cold.  i mean, let's just say that we currently set the table with plates, silverware, drinks, napkins, and a box of tissues.  i'm pretty sure the dog even has a cold.  it's nasty.

so it was a weekend of blowing snot.

but on saturday afternoon we decided to head over to the high school to watch a couple of the girls from our church in the j.v. and varisty basketball games.  so we changed out of our pj's and headed to the gymnasium.  we found the family that we know and we settled in on the uber-comfortable bleachers.  and then it started.

i guess i am naive, or have too much faith in human nature or something, but i spent the next couple of hours losing my faith in human decency at an alarming rate.  there we were with two young children, while the surrounding parents and spectators rained down insult and malice on the referees and coaches, and even sometimes the high-school girls playing the game.  as if the people on the court weren't really, well, people, the crowd berated, belittled and bemoaned.  now, being as competitive as the next person, i can understand getting upset when the ref makes a terrible call that hurts your team.  i get that.  but this wasn't that.  no matter what the refs did, they were wrong.  according to the people directly behind our family, there should have been about 55 fouls on one team and absolutely none on the other team.  it made me wonder if i'm that blind when i'm rooting for a team, and i concluded that i'm not.  still, this did nothing to improve my morale or my constantly dripping nose.

then i got home and saw the news that someone had shot a bunch of people in arizona, and that it appeared that some sort of political vitriol and hatred was behind it.  then, later in the weekend, i read this article about fred phelps and his "church's" public statement about the arizona shootings.  and my disappointment was complete.  and i cried.  i'm not ashamed to admit it.  heck, my tear ducts are probably full of phlegm anyway, so it wasn't really a big deal.  but the heaviness of reality; the weight of all the world's hate: that's a big deal.

sometimes it just feels too big.  too crushing.  too overwhelming.  how are we supposed to represent christ when a few loudmouthed, closeminded, fearful, spiritual terrorists are already cornering the market on representing him, nevermind that they are doing it completely wrong?  how are we supposed to show love at a basketball game when the resounding sound is anger and bitterness?  how will love win when the world seems so hellbent on snuffing it out?

and then there is my faith, which tells me that somehow, beyond my wildest imagination, love does win.  that my job isn't to figure it out, but just to show love in each and every moment that i've been given.  i don't have to fix the world's hate, i just have to choose love when i'm given a choice.

and so, with that snot-load of a weekend behind me, i embrace a new week by wiping my nose (again) and choosing love.

Bill Uebbing said…
It is hard for us, in this reality to understand what cannot be understood. That is this man, who shot those people, lived in a reality that did not exist. Mental illness of the type I believe he has is total and inescapable without treatment. It is clear his family did not know how bad it had gotten, did not know what to do and it is clear the shooter was not in control of himself.
We want to know why to resolve our human need for understanding. There is no answer to why, there is only faith.
God put that man on this earth, and loves him just like he loves you and I. It is the impossible paradox of unconditional love offered to us by our savior that we cannot ever hope to really know, but we must believe.
God loves us even when, especially when we are bad. God loves the defectives, the least and the weary.
This is why love always wins over hate. Hate is fleeting while love is self-sustaining. Hate invites death, love fosters life.
I can't make sense of this senseless act of violence. God's plan is unknown to us. But it is every bit as valid to speculate that the reason this happened is to call out the haters and shine light on them that the world may see their evil and they may stand in judgment of the almighty and be exposed using his glorious name to spread hatred and lies.
Maybe if one person is sickened by the hate and drawn to the light there is redemption in this terrible acts. Maybe there will be redemption in the perverted interpretation of the scripture. Maybe we'll never see it.
I say woe to you, people who live steeped in hate, spreading hate, raising and allowing hate to mature, for it is you who will not know the love of the Lord and the glory of his son Jesus Christ, my savior who loves me, and you.
One day, I pray His light truly shines on that congregation and they feel the warmth of Christ's love, not so that they despair in their sin, but so they can know forgiveness.
Amen.
4:55 PM

greg milinovich said…
i'm with you, bro. thanks for the thoughtful comment. i choose love, even in the face of hate and fear. it's all i can do....
7:49 PM