12-4: sometimes you just want it more

January 03, 2011
well, steelers fans, here we go.  the 2010 regular season is (already) over, and the steelers find themselves in a great position.  they finished with 12 wins and 4 losses, and they won the AFC north division.  in the process of that they have earned the #2 seed in the AFC playoffs, and have thus bought themselves a week off in the form of a bye week, while 4 of the other teams have to play.  for a team that played the whole first quarter of the season without their franchise QB, i would call this a successful year for mike tomlin and the pittsburgh steelers.  when you add in all the injuries they've had to face, not to mention the off-field distractions with commissioner's mid-season effort to reshape football as we know it, there can be no question but that this has been a very good year for the steelers.  there's still alot of work they want to get done, but at least as a fan, i can acknowledge that it's been a good year.
and now,  on with the pictures, which is what you really care about. 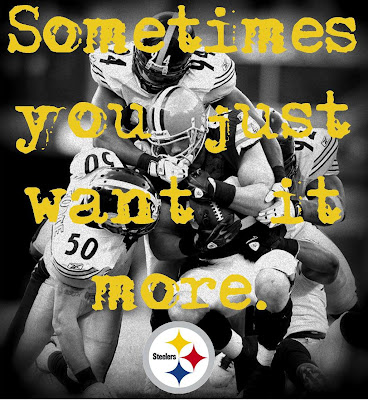 the defense was awesome yesterday.  i wish they had only allowed the three points, but the touchdown came in "junk time" with many backups playing.  when our starters were in, they looked hungry, mad and quick.  exactly the way you want them to look at this time of the year. 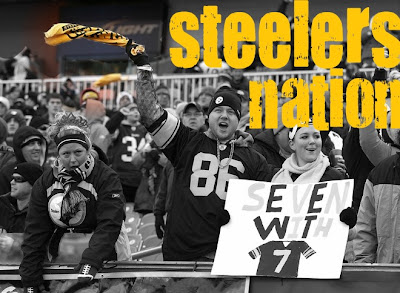 it was great to see steelers nation in full swing at the brownie-bowl yesterday.  once the beatdown was sufficiently in place, most of the browns "faithful" left the premises, making a mini-heinz field in cleveland.  it was awesome.  i love steelers nation. 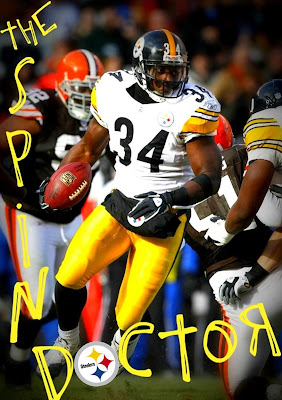 i have really enjoyed watching rashard "the spin doctor" mendenhall do his work this year.  he's not the most "downhill" runner i've ever seen, but he sure does work hard and often make something out of nothing.  i'd love to see what he would do with an above-average offensive line. 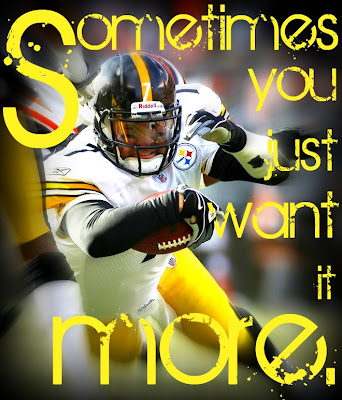 ben looked terrific yesterday.  he was sharp and authoritative.  he has only thrown 5 interceptions all year, and he has been great tucking and running when he needs to.  the offensive line did a great job protecting him yesterday, and his first-play bomb to wallace was a thing of beauty.  it's had to have been a tough year for ben roethlisberger as a man, but i'm proud of the way he's handled himself, and i have to believe that it has all only helped mature both on and off the field. 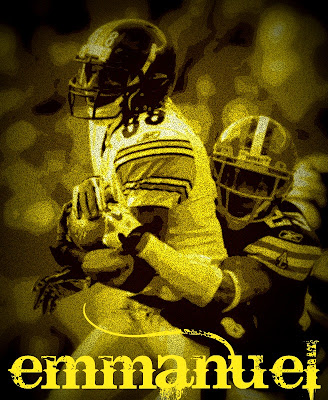 ever since training camp, i've loved this rookie, and have been hoping for him to succeed.  i never would have guessed, though, that he would have succeeded this much!  he not only has become the #3 receiver, but he keeps making big and smart plays.  i love this kid and hope his future is as bright as it looks from here. 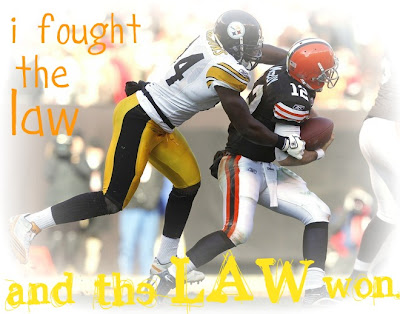 LAWrence timmons might not have finished the deal on this attempted sack, but he had a good game yesterday and looked quick, like he did early in the season.  i am anxious to see how this defense looks after another week off.  they should be in great shape. 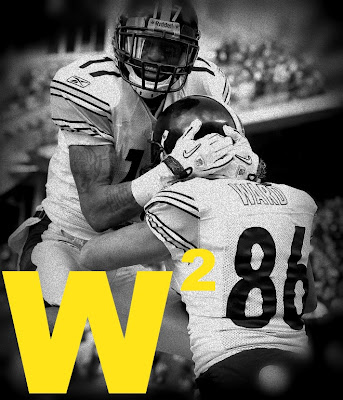 both of our "w" receiver, ward and wallace, caught touchdown passes yesterday.  here you have the seasoned vet and the second-year kid.  the master and the protege.  w squared. 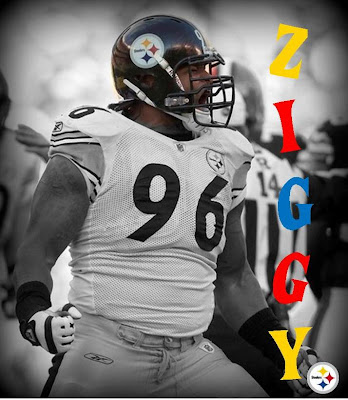 all of steelers nation was biting their collective fingernails when aaron smith went down with an injury early in the season.  but ziggy hood sure has been a great force on the line and part of the reason why the steelers had the best run defense that the NFL has seen in 4 years.  way to go, ziggy. 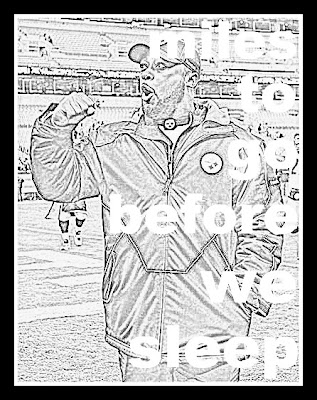 ﻿and i end with this reminder that even though it's been a great ride, the ride isn't over.  there are miles yet to go.  and, under tomlin's leadership, with the talent on this team, i am excited to see where the road leads.
here we go, steelers!

Mrs. Milinovich said…
It was a fun game to watch! I am excited to see what happens in the post season, and I love the pictures. Go Steelers.
4:24 PM