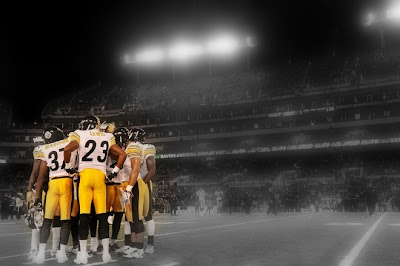 each year the steelers face off against their familiar foes, the baltimore ravens.  twice.  and twice a year it is as contentious a matchup as there is in the nfl.  two teams with history (if you consider the ravens the new browns).  two teams with a similar blue-collar approach.  two teams with a high standard of success.  two teams with very little love lost between them.  put these two teams together twice a year and the results are a brutal kind of football poetry, complete with huge hits, staggering adversity, and stifling defense.
this year, the ravens went to pittsburgh and beat the roethlisberger-less steelers.  last night, the schedule called for the second contest, this time in baltimore.  and this time, roethlsiberger was on the field, albeit with a broken 5th metatarsal bone in his foot.  and this time, the steelers were the last ones standing. 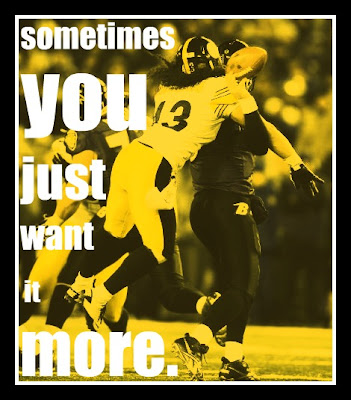 despite being bottled up for most of the game, the steelers finally broke through after troy polamalu displayed his uncanny ability to come up with a big play, knocking the ball loose from joe (bert) flacco, and putting the steelers in a first-and-goal situation to take the lead. 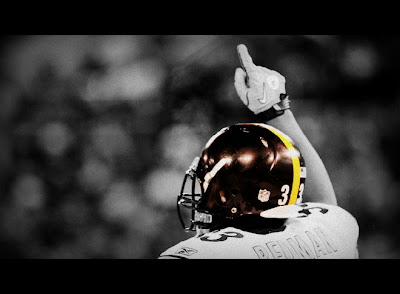 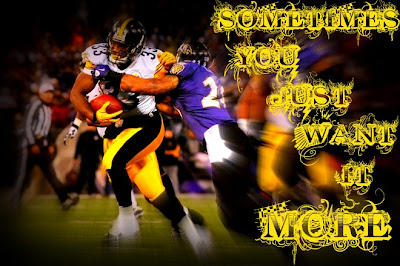 after a few more demonstrations of offensive ineptitude, ben found young isaac redman across the middle and redman lived up to the motto i've been using all season: he just wanted it more, breaking tackles on his way to the endzone, giving the steelers the lead they would not relinquish. 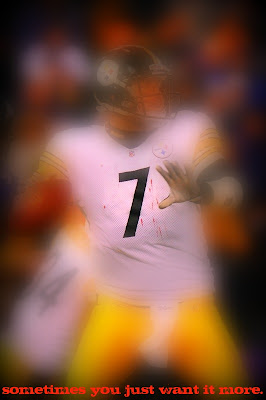 and it has to be said:  for all the things you may not like about ben roethlisberger, and for all the bad judgment he's shown off the football field in the past, he is so clutch between the lines.  with a broken foot, and then a broken nose which he received from a severe punch to the face in the first quarter, ben didn't quit.  with an insane terrell suggs in the backfield on nearly every play, and a patchwork offensive line that mostly just fell down play after play, ben just wanted it more.  he fought off sacks.  he threw the ball away.  he scrambled with his broken foot.  he made the plays when he needed to, and he led his team to victory. 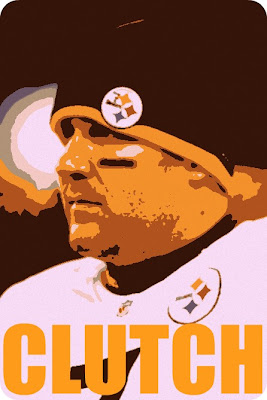 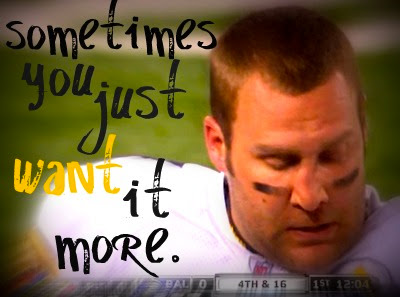 i'd like to pass out some "attaboys" to shawn suisham, david johnson, antonio brown, james farrior and mewelde moore.  hope that heath miller and flozell adams get better soon.  and i wish all the best to daniel sepulveda.  such a bummer for him to tear his ACL again and be out for the rest of the year.
the steelers are now in control, in first place in the division, with another divisional matchup coming on sunday.  can't get comfortable.  gotta stay hungry.  gotta keep wanting it more.  let's go, black and gold!