December 24, 2010
oh man, it was a good night.  the night before the night before christmas.  the pens won against their bitter rivals in a dramatic shoot out.  the steelers won dominantly over an inferior team and put themselves in great position.  and i got to eat hot chicken wing dip.

anyway, i know it's christmas eve, but i am obligated to do my regular post-steelers-victory post, so here it is:

the steelers are 11 and 4, with one game to go.  if they beat those browns in 10 days, they'll have secured a week off and home field for at least the first game of the playoffs.  also, if the browns beat the ravens this sunday, the same outcome will be achieved, so, go brownies!

on to the epic pictures: 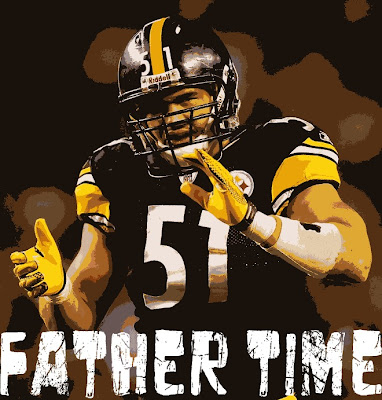 james farrior, aka "potsie," just keeps amazing me with his play this year.  he is ageless. 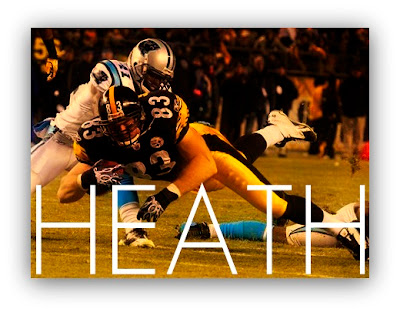 it was so good to have heath back. 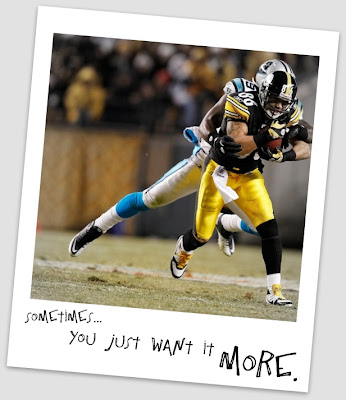 forget what mark madden says, this guy is an epic steeler. 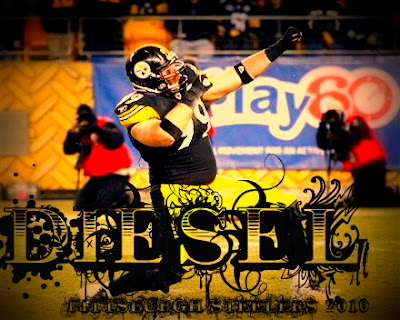 since returning from injury, diesel has been money. 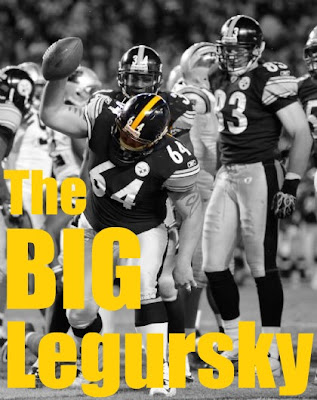 nice to see mendenhall give the ball to big legursy for the spike after scoring. 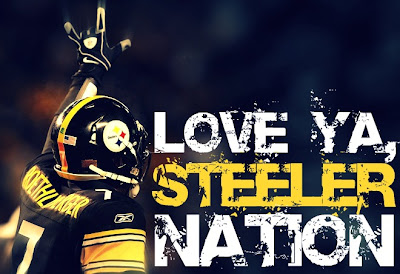 ben gives the nation a little love after scoring.

emmanuel sanders wants it more than you. 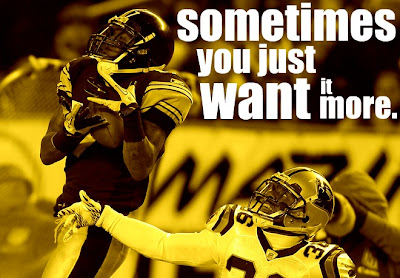 wallace has grown into a playmaker.  for real. 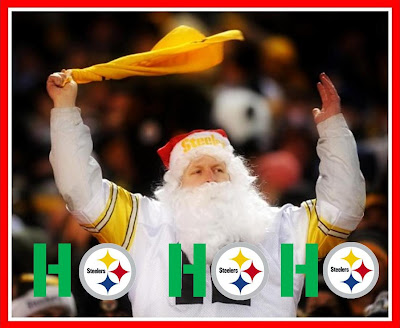