December 13, 2010
wow, that has a nice ring to it, right?  ten and three.  last year at this time we were busy losing to the bengals and browns and raiders and chiefs.  not this year.  after the bitter taste that last season must have left in their mouths, they seem to want it more than the opposing team each week, no matter how dead set that team is on beating us.

like the bengals, who put up a pretty good fight, at least to start.  they looked like a team hellbent on being the spoilers to the steelers' playoff party, but ultimately, the steelers showed that they wanted it more.  it came in the form of troy polamalu's miraculous and super-human pick six, and then it just concentrically widened from there.  the steelers would not be denied by these injury-hampered bungles (not that the steelers aren't facing a laundry list of injuries themselves).  at 10-3, the steelers look to be in pretty good shape to lock up the second seed of the afc playoffs, but they have to keep taking care of business these last three weeks.  this week the struggling and frustrated new york jets come to town.  should be another knock out fight.  here we go!

on with the pics. 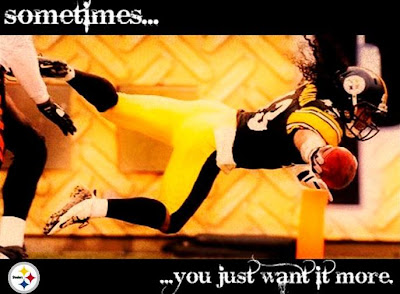 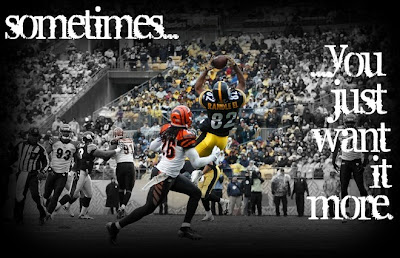 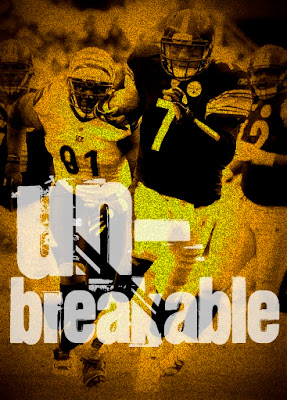 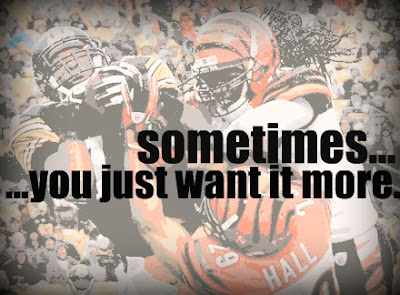 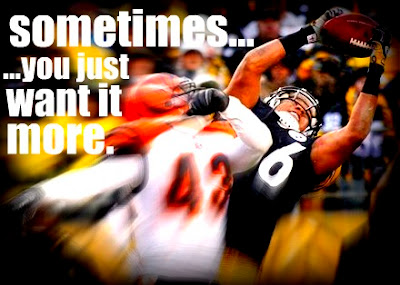 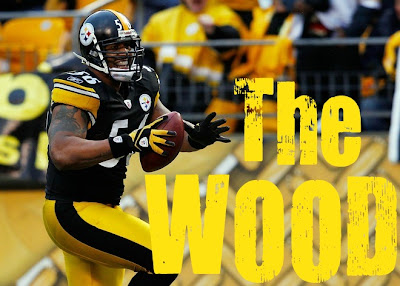 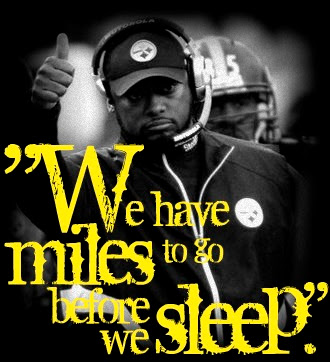 Mary said…
When Troy hugged Lebeau I thought that was the sweetest thing that I have ever seen! aww. so cute. and great game...
8:19 PM