November 22, 2010
shew.  what a relief that was after the debacle that was the patriots game.  this week, an angry and hopefully embarrassed steelers team took on a surging raiders club at heinz field and, although starting a little slow (assisted by just about every variety of questionable personal foul call you can think of), dominated.  i liked what i saw yesterday, other than the continual rash of injuries not just on the offensive line, but across the board.  i believe this steelers squad to be one of the most talented ever, with a real chance to go deep in the playoffs, but the injury bug is an uncontrollable factor, and has been too much of an issue here in 2010.  it stinks, but it's life in the nfl.  and rather than let it demoralize them, or use it as an excuse, what we witnessed yesterday was a steelers team who played hard and passionately, all the way to the whistle, and within the rules of the game.  i nabbed this pic of harrison from yahoo sports and added my own detailing because i think it is ridiculous the way the refs are calling these steelers games. 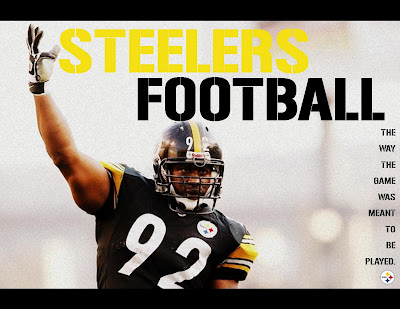 if you watched the game, you saw all-pro richard seymour, a defensive lineman for the raiders punch ben roethlisberger right in the jaw.  hard.  long after the whistle.  and i was angry about it, and the refs rightfully ejected him from the game, and he'll probably get a fine and maybe even a suspension, but the thought occurred to me that (just like lamar woodley said earlier this week) i think it really matters who you hit in this league (or who is doing the hitting).  if we had seen that same punch thrown last week, and it was james harrison doing the punching against a certain tom "golden boy" brady, do you think the reaction would have been any different?  you betcha.  i see a growing two-facedness in this year's nfl.  i understand that you want to protect players, but it sure as heck looks like you want to protect certain players ($$$) more than others.  and that's not ok. 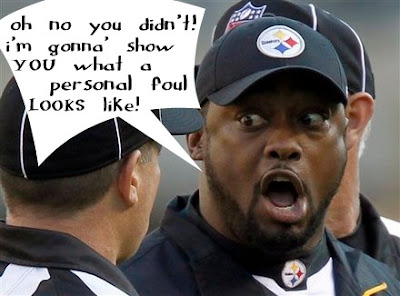 so, besides that bit of frustration, it was nice to see the steelers dominate the oakland raiders 35-3, with a determined effort by the defense and by roethlisberger, who used his arm and his legs to get the job done. 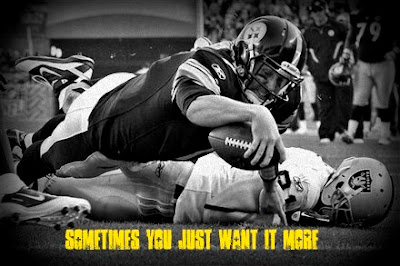 if i had a gameball to give, i'd give it to "potsie" james farrier, who is about 73 in NFL years, and yet continues to get it done.  he looked slow and over matched quite often last year, but he has returned with a vengeance this year, displaying a knack for being around the ball and making hard hits both in the running and passing games.  it's good to see the old guy get after it, and he gets my game ball. 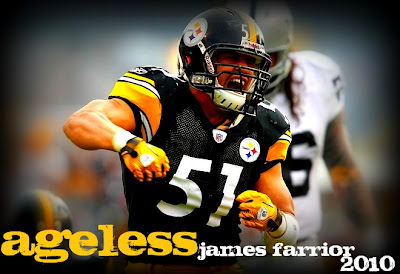 from one extreme to the other, it is so refreshing to see our rookies contributing.  i know that we gave up smoketonio holmes for nearly nothing this offseason, and that he is helping the j-e-t-s avoid heartbreak these last couple of games, but once we came to terms with the loss of a super bowl mvp, we had to put some hope in our two rookie wideouts, emmanuel sanders and antonio brown.  it was so good to see them both on the field together for the first time this season.  not only that, but they both contributed, and that is a good omen for the future of this team.  way to go, boys. 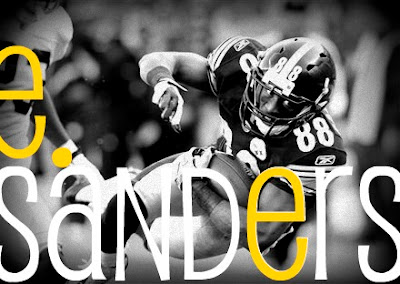 now, let's do what the bungles couldn't, and beat those bills next week.

Emoly said…
across the board the refs seem to be doing a poor job in calling the game. Every time we watch a game it seems like there have been multiple bad calls. What is going on?
11:22 AM