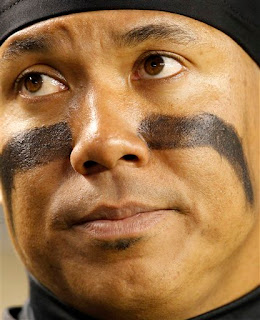 this picture pretty much sums it up.  we looked overmatched in just about every phase of the game.  while the 2010 steelers are facing some really serious injury situations, the fact remains that there are no excuses for what happened last night.  it was embarrassing, and i hope that it will serve as a rallying cry for the guys who are suiting up next week against oakland.  if not, we can kiss the 2010 season goodbye.

and, dear mr. brady, you'd better hope that you don't cross paths with these pittsburgh steelers again anytime soon, after that little spiteful demonstration you put on in the end zone.  yes, we know you can throw the ball for 9 yards every play when our starting defensive line isn't playing and james harrison is suffering from back spasms.  thank you, captain obvious.  but you'd better just hope that you can finish out your year without having to face what will certainly be an angry and bitter defense.  i, on the other hand, will be looking forward to redemption.

greg milinovich said…
after he scored his qb sneak touchdown he started pointing at the fans and yelling something at them and then he tauntingly spiked the ball. it was very unsportsmanlike. he seemed to lose his cool, and was trying to show up the pittsburgh players and fans. unclassy.
9:27 AM