5-1, or, now i give all my attention to football

October 26, 2010
i'm back!  sorry about that.  i needed a few days to be able to lift my arms again, after flailing them about wildly to such timeless tunes as "YMCA" and "Baby  Got Back" at my sister's wedding reception, which i dominated.  more on that later.

in the meantime, there were a couple important sports items that i can't let slip by without at least a mention.  firstly, there was this: 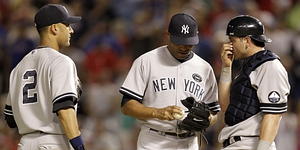 that is, there was the elimination of the new york yankees from the 2010 postseason.  to be honest, i was not at all surprised, as i had very low expectations for them going into the playoffs.  the pitching had just been so inconsistent and the offense so spotty, that i wasn't at all surprised to see the yankees fall to the rangers (i was surprised, however, to see the fighting phillies lose to the san francisco giants).  even so, i was disappointed in the bronx bombers, and will watch with interest at what happens this offfseason.  what will happen with derek jeter?  joe girardi?  how long can jorge posada keep catching?  who will the yankees bring in as free agents, particularly to deal with a suspect pitching rotation?

but, all that being said, baseball, at least for me, is essentially over for the year.  which means i can focus my full attention on this: 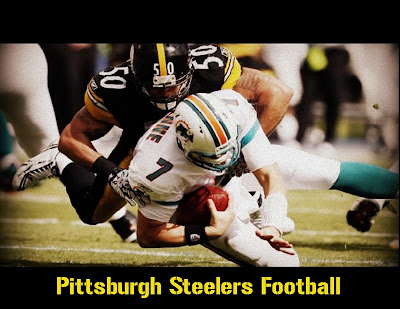 and fortunately (very fortunately) the steelers were able to squeak out a win against the south beach dolphins on sunday, with the help of a bad call at the goal line.  a win is a win, as they say, but if i was a dolphins fan, i'd be feeling robbed right about now.  nonetheless, the steelers, despite some pretty significant injuries, were able to hang in there with the fins and walk away with a win.  here are some of the pics from the game...pics that i had fun with: 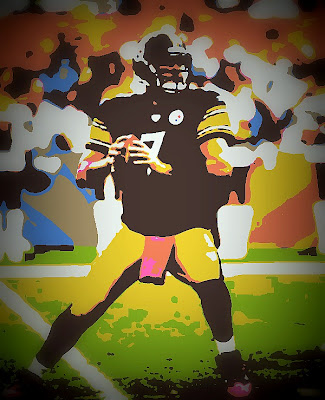 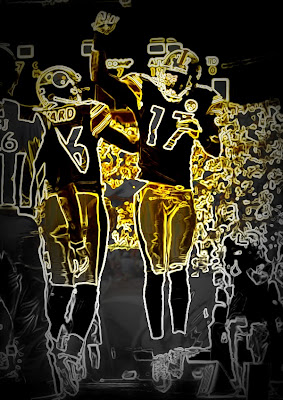 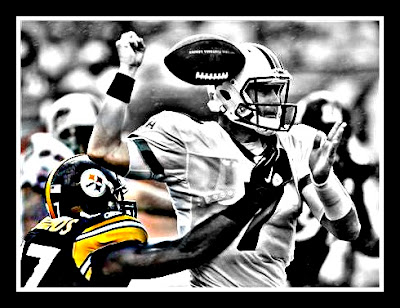 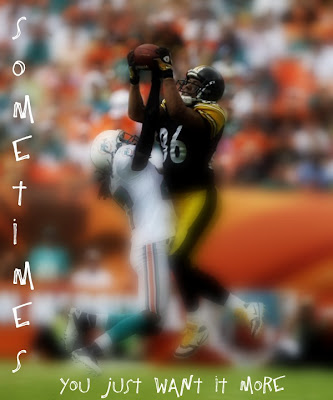 best parts of the game:
-hines having a big day
-ben hitting mike wallace on a deep play
-jason worilds filling in admirably as a rookie in place of woodley
-harrison didn't retire
-defense holding the fins to two field goals after two early turnovers by the steelers

concerns going forward:
-the defensive line, after losing aaron smith to injury for the rest of the year
-other injuries: woodley, flozell, keisel
-what happened to the running game?
-ben dropping the ball in the direction of someone when he's getting sacked
-lack of pressure on the qb

all in all, though, at 5-1, the steelers seem to be in a good spot as they continue their road trip with a halloween-night game against the defending superbowl champion new orleans saints, who will be anxious to recover from their embarrassing loss against the browns last week.  man, i love football.

ps.  if you were looking for a recap of my dance moves at the reception, check back in tomorrow.