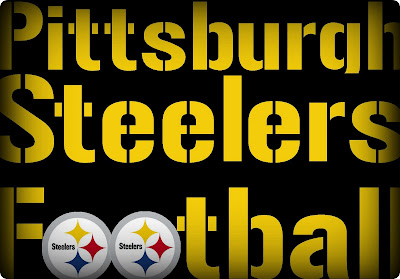 -things i like right now (in no particular order): coffee, autumn air, songs with accordion, the word "undefeated," the faint aroma of apples, the way my son greets me when i come home from work, continued dominance of the cryptoquip, a clean email inbox, and generally just being alive.

-not impressed?  well, try this on for size.  of all 32 teams in the nfl through three games, guess who has given up the fewest points?  if you guessed "pittsburgh steelers" you win.  your prize is on the way.  the steelers have given up less points through three games than most mlb pitchers.  i wonder if it is any coincidence that the team that has given up the second fewest points is also 3-0 (and they are two of the three teams in the league to be 3-0 right now)?  defense defense defense.  pixburgh style.  gotta love it.  (or is that gabes?)

-oh, i know.  the world isn't all about football.  there's also baseball.

-speaking of which, the yankees (finally) clinched a playoff spot last night.  i could be wrong, but i don't foresee them going far into the playoffs this year.  still, at this time of the year, it's nice to be a fan of a team who will still be playing in october.  go yanks!

-we went to the open house for jack's kindergarten class last night.  it was awesome to see his room and desk, and to see his "kidwriting" activities in which he has been drawing such wonderfully edifying stories as, "jack and brady are chased by a zombie," and "the shark is eating the mermaid."  nothing like feeling so proud of your five year old.  in all seriousness, though, it was nice to see where he spends 6 hours each day trying to learn how to play with the building blocks of language and life.  fun to watch him in this stage of life.

-also, fall.  man, i love it.  there's just something in the air that can't really be described but is as clear to my soul as a cold glass of apple cider is to my taste buds.  like a pregnant elizabeth, something inside me leaps when i feel that crisp, autumnal air.

-no!  this doesn't really exist, does it?

-i'm currently reading: nothing.  suggestions?  (i will likely only follow your suggestions if they are somehow steelers-related.  just thought i should warn you up front).

-this sunday is world communion sunday, a wonderful reminder that the table around which we gather in worship is not confined either by the walls of our sanctuaries or by the borders of our dogmas and creeds.  our spiritual feast is one to which all are invited.  what a glorious invitation!  what a fabulous tapestry is the body of Christ gathered around the table!  make us one, Jesus....

-hope you all have a wonderful wednesday.  peace to you.

Emoly said…
This link may be more for your sons than you, but I thought you'd like it

Oh who am I kidding, you're going to love it too... (yes I am assuming you'll love it, based on the fact that it is Steelers related)
1:20 PM

greg milinovich said…
emily...i love it! is it weird that it's a ministry site? is it a steelers ministry? that's my dream job! :)
1:39 PM

Emoly said…
I noticed that too and since I was already thinking of, I thought of you more...? Did you print any of them out?
2:47 PM