3-0 (sometimes you just want it more)

September 27, 2010
oh man, what a day.  yesterday the steelers found themselves in florida playing a football game against a 2-0 buccaneers team in what was deemed as an early season match-up between two playoff hopefuls.  want to know what happened? 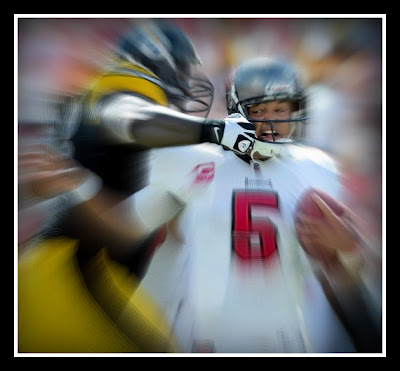 the steelers punched them in the face.
there's really no other way to describe it.
well, maybe there is.  at least i'll try.
i unfortunately had to miss the first half of the game, but was recording it at home and knew i'd get to watch it later.  meanwhile, my wife was texting me the scores, and i couldn't believe how fast and furious the scores were rolling in!  steelers int....dang!...bucs 3 steelers 0....touchdown!  batch to wallace!, 7-3....bucs get another field goal, 7-6 :(....touchdown! mendenhall!...another touchdown!  wow!  batch and wallace again! 21-7....holy cow!  watch out ben, charlie to hines, 28-7!
kudos to my wife for her sweet texting analysis of the game, not to mention her take on the quarterback situation in pittsburgh, which despite charlie batch's stellar performance, is not really a situation at all.  charlie will play this week against baltimore (he's earned it), and ben will start when he gets back against the brownies.
that being said, can we just give charlie batch some love?  the dude spent all of training camp looking up from the bottom of the depth chart at a strange quarterback derby happening above him, and he never once (at least not publicly - which is important) complained or whined about it.  he just took the reps he got and made the best of it.  and here is, the last man standing, throwing 3 touchdowns with a bit of a chip on his shoulder and probably losing his AARP status in the process.  he was confident.  he was efficient.  he was calculated.  he was old age-defying.  at training camp this summer, when i was standing near the walkway to see if i could get any autographs, charlie came near and signed some things for people.  it was so quiet, so i said to him: "steeler nation loves ya, c-batch!"  he didn't look up but he grinned and said, "thanks...i love you guys, too."  i'm sure the shared emotion has never been stronger. 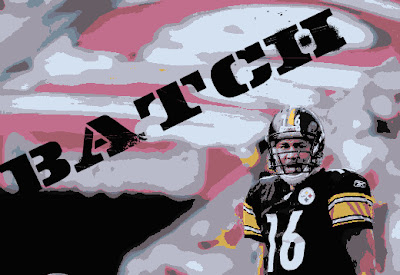 speaking of steeler nation, can we also pause for a moment to acknowledge the awesomeness of hearing your team supported more vocally than the home team?  steeler nation is incredible.  they were in tampa in numbers - big numbers - yesterday.  great work by steelers fans.  steeler nation is everywhere, and they travel well.  it isn't one or the other.  it is a combination of both that translates into a swarm of swirling terrible towels in other people's houses.  i don't know if there is really a measurable advantage (psychological or otherwise) that this gives the steelers on the road, but it sure is awesome to see.  ﻿ 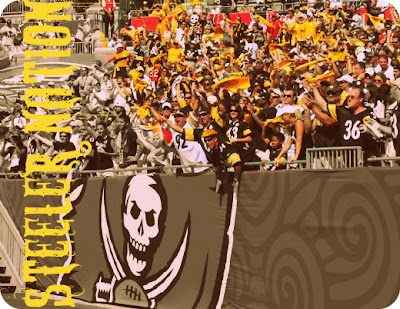 finally, just a comment on what has become a defining characteristic (at least to me) of these first three steelers games.  i don't know how else to put it except: sometimes you just want it more.  with QB1 out for four weeks and most of the media deciding to award the division to baltimore or cincicrappy in the preseason, the steelers entered this season a little bit under the radar.  and they have taken full advantage of that, demonstrating that they have really wanted these wins more than their opponents.  in at least two of these games we have seen the team on the other side of the line of scrimmage pack it in.  they got scared.  or tired.  or just couldn't take it anymore.  but whatever it is, the steelers have shown over and over again at least through this very early part of the season, that they really want this.  go get it, boys. 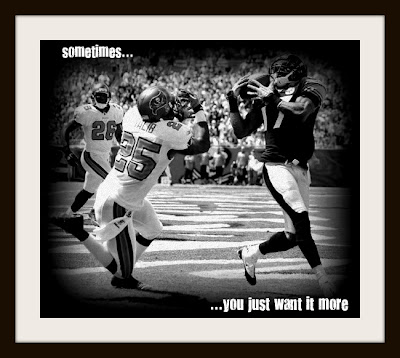 sigh.  what an awesome day.  next week will prove to be a much more formidable challenge.

cathyq said…
Steeler Nation does rock. We are an amazing group of dedicated, towel waving, screaming, gold and black wearing nuts. Yesterday's game was so fun to watch. Batch is what we are all about: hard work, dedicaton, no ego, and perseverance. Yea, next week might be tough, but we are still going to cheer, wave, support, and represent our hard fighting, defense rockin guys in Heinz Field. Yea football season. I'm glad you got to see it later at least! How many times have you seen it?
4:51 PM

Crafty P said…
Yeah Steelers! I saw super fun black and gold lollipops that made me think of you today at Giant eagle market district.
5:26 PM