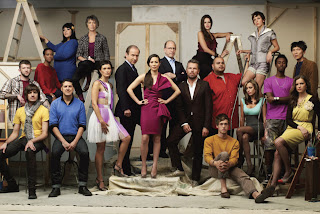 + shannon loves to watch "top chef" on bravo on wednesday nights, so i often watch it with her, and this year, at 10 pm, right after "top chef" is a new show called "work of art: the next great artist," which is nothing groundbreaking because it essentially follows the exact same formula as the other competition shows that bravo has had (top chef, project runway), and yet it really intrigues me because of the subjective nature of the product.

as you know i am very interested in art and while i don't really care at all about "the art world," in which pretentiousness and shock value seem to rule the day, i am very much fascinated by the topic of art itself: what makes good art good?  what makes bad art bad?  and who decides?  sometimes i absolutely detest the winning piece on the show, and would have chosen something that the judges critiqued harshly.  at other times i agree 100% with the judges.  so this show has been very interesting to me from that perspective, and also just from the perspective of an artist who at times has felt like i could have done better on some challenges and would have been absolutely awful on some others.  it's been both fun and infuriating to watch, but i've really enjoyed it for the most part.  anyone else out there watching it?  any thoughts?  i think this coming wednesday night is the finale, so you could check in and see the (probably infuriating) ending so we can vent about it together. 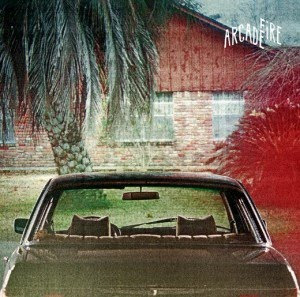 + i just bought the new arcade fire album at amazon for $3.99 digital download.  how awesome is that?  it just came out this week, itunes wants $9.99 for it, and i just napped it for 4 bucks.  so far i'm not super impressed with it, as i want my indie music to sound a bit more indie, but i'm going to give it more of a fair chance.

+ a huge shout out to gail who is a frequent visitor and commenter on this blog who, along with her husband, made the trek to come out to my church yesterday.  it was great to see both of you you!  thanks again for making the drive and reconnecting.

+  and now to the best news of the day:  i'm currently writing this from a little south of pittsburgh, ready to head to latrobe today for steelers practice.  WOOOHOOOOOO!!!  that's right, i just used all caps like a teenage girl on facebook chat.  i'm that excited.  this year i'm going by myself, which means i'll be running around all day trying to get some good pics and just an overall broad experience of camp, so look for some reflections/pictures later today or tomorrow (for those who care, or who enjoy shaking their heads at my fanaticism).