our trip to the big apple 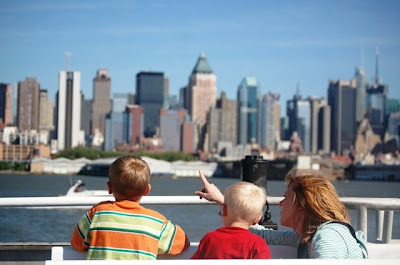 last week shannon and i took the boys into new york city for a little two-day mini vacation.  we took the ferry into the city on wednesday and then grabbed the subway to the bronx to see the yankees play the orioles at the new yankee stadium.  here's a picture of the boys from our seats in the outfield: 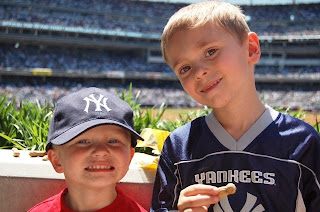 after the game we went back to midtown and spent some time wandering around times square before grabbing some hot dogs at gray's papaya and heading to our hotel.  cade was impressed with the height of everything: 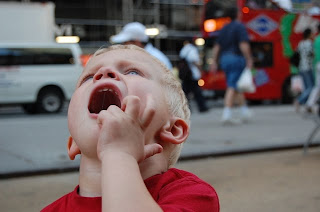 we woke up on thursday morning and took the subway up the west side of central park to the natural history museum: 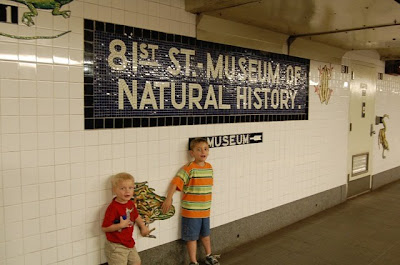 we enjoyed looking at the dinosaurs and all the animals and so much more, including a special butterfly exhibit at the museum.  after a full morning, we took a lunch break in central park: 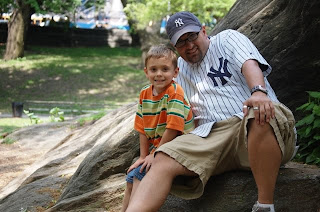 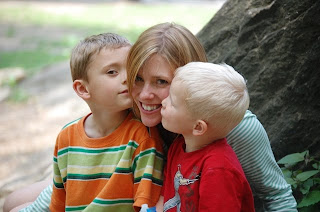 we spent the rest of the afternoon in the museum, before heading back to times square for a little more looking around, including a trip to the m & m store, before heading back across the river and to our home.  we had a great time in the city, even if it did start with a vomiting child, and included jackson dropping his gum on the floor of the subway station then picking it up and putting it back in his mouth, as well as caedmon eating the "emergency information" paper that shannon had put in his pocket in case he got lost.  we are really glad we took this trip, and will miss our proximity to the city and all it has to offer. 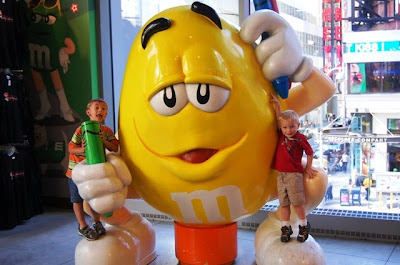 Emoly said…
well that put my mission trip into a bit more perspective. While no one vomited or ate their emergency information, we did successfully navigate the subway (my group went to all five boroughs!) and I managed to slip while running on wet bricks to get in a photo with the picasso sculpture. No picture is worth falling for... Can't wait to share more. I'll stop telling you everything on your blog, you'll have to come to mine to hear more (when I get time to post about my trip).
8:40 AM