israel recap: the windows of the holy land 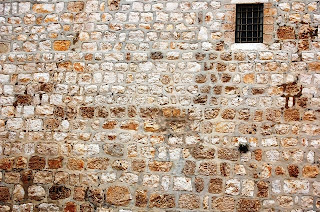 after my trip to the holy land, i promised you that i would write one final post to sort of wrap up my whole experience there, and although it has taken awhile, i am finally delivering on that promise. 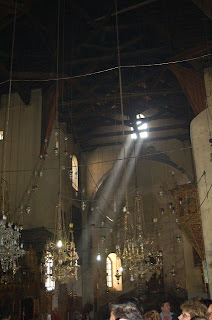 while our time there was a whirlwind of activity and a bullrush of information, i spent enough time looking through windows into the past, windows into my own assumptions, and windows into the bible that some light certainly made its way through.  beyond simply having a good time and experiencing a different part of the world, i was both blessed and challenged in deeper ways. 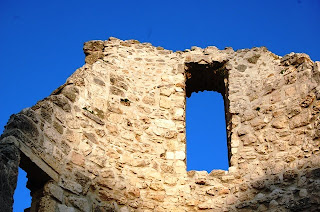 one of the great blessings was experiencing what many have called "the fifth gospel," referring to the incredible visual-ness of being there.  it is one thing to read that Jesus was baptized in the jordan river; it is quite another thing to actually reach down and touch its water.  it is something amazing to read that Jesus turned water into wine, it is something altogether different to spend an hour in the town where it happened.  i felt simiilar experiences every day: in bethlehem, in jerusalem, on the sea of galilee, in the wilderness, on the mount of olives, and so forth.  one of the great blessings of this trip is that the bible leaps to life, as if brought from black and white to full screen high defintion technicolor.  like i am dorothy and i have just landed in oz, opened the doors and discovered that the bible is full of colors i had never imagined!  it is a kind of biblical awakening that all Christians would be blessed to experience, i think. 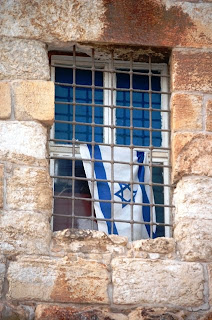 another of the blessings/challenges of the trip was the learning i was able to do in regards to the relationship between palestine and the nation of israel.  while i have heard this stuff on the news, i regret to admit that i was largely ignorant of the real issues at stake.  being there, meeting both israelis and palestinians, seeing the complicated issues that define the conflicts, i became acutely aware of the problems they are facing there, and how they are often misrepresented and misinterpreted by the media here in the states.  i learned a great deal about the need not only for peace, but also for justice.  i was reminded of the blatant hypocrisy of praying for peace without doing anything to actually live for justice.  for the oppressed and the oppressor. 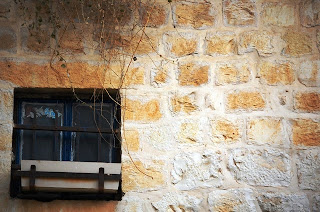 finally, i got to go to the holy land and meet Jesus again.  walking down the mount of olives where Jesus once rode a donkey, it was nearly impossible not to see with new eyes the loaded significance of that moment.  i got to ride across the sea of galilee and see the land (and water!) Jesus walked.  i got to go to nazareth and see the land of his youth.  i got to go to the wilderness and see the land of his retreat.  i got to go to jerusalem and see the maze where his ministry made him a criminal.  i got to go to a place where i was able to stand up on my tippy-toes and look through windows which revealed a different side of Jesus: a political Jesus who wasn't ignoring rome, but was choosing non-violent ways of challenging their oppression.  here is a savior who not only prayed for peace, but sought justice without violence.  he healed instead of breaking.  he taught love, not hand to hand combat.  he wanted righteousness, not religious bravado.  he wanted real Truth to set people free, not another rebellion to replace one oppressive government with another one.  he taught us about a new kind of kingdom.  one where weakness turns out to be strength.  one where death turns out to be life.  one where hope never fails us because death doesn't have the final word.  for now, paul reminds us, we see it dimly, like looking through a thick and smudged window, but one day we shall see this kingdom clearly, and it will all make sense: it is a kingdom of love. 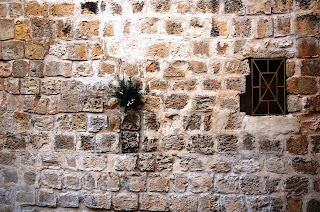 for now, though, we look through whatever windows we can find, hoping to catch a glimpse of this kingdom, and the One who founded it.  thanks for taking the time to look with me.  and someday, when i go back to the holy land, i hope you'll come with me, so we can look even more closely together.

Crafty P said…
i love windows and doorway images. my dad brings them back, for me, whenever he travels to Italy!
2:40 PM