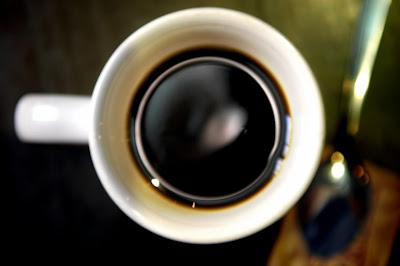 you know, religion gets a bad rep these days.  i've said it countless times in my own ministry: following Jesus isn't about religion, it's about relationship.  we know that Jesus often railed against the religious leaders of his day.  and we have all learned that terrible - terrible - things have been done by "religious" people in the name of their religion.  many of us have hummed along with r.e.m. as they so poignantly defined the mood of a whole generation: "that's me in the corner, losing my religion..."  our culture has generally dismissed religion as a product of powerful organiztions, one that often tries to control and use others for the benefit of the few.  and this may not often be far from the truth.  so, the poor reputation isn't necessarily undeserved.

and yet, there is something to be said for being religious, at least in the pure sense of the word.  i'm very religious.  about some things, that is.  take coffee, for example.  every morning of my life, i find a way to stumble to the kitchen, perform the necessary grindings and measurings and pourings in order to brew a pot of coffee.  it is all part of a ritual which involves planning and precision, dedication and commitment, money and time.  it is not something that i am mildly interested in, or even loosely attached to.  it is something that i religiously do every single day.  if something happens which disables me from having coffee, i am irritable, frustrated, and disoriented.  if i am in a new place where i can't go to my own kitchen and make my own coffee, i make it a point to find out where i can go to get some coffee.  it is quite simply a priority.  and a daily commitment.  it is, in the purest sense of the word, a religion to me.

if only i was so religious about, well, my religion.  if only i was as dedicated and unswerving in my commitment to spend time studying Scripture and praying for others and serving others as i am in my commitment to a cup (or five) of joe every morning.  if only it was as important to me.  that's the kind of religion that is beautiful and valuable and full of integrity: the kind that you live out, not because you are trying to earn or prove something, but because you love it.

so ask yourself...what are you religious about?  if not your relationship with God, then what?  do you need to reevaluate your priorities?  is american idol or dancing with the stars more important than the One who made the stars and told us to worship no idols?  are we as religious about our relationship with God as we are about our entertainment, our full bellies, or our caffeine fix?

Kimberly said…
Thanks for this post Greg. I am very religious about my coffee as well...and striving to be just as committed to our Lord! Tell Shannon hi!
10:29 AM