March 10, 2010
-i saw my first bee of the season yesterday.  he was a stinger-laden reminder that each season brings its glories and its burdens.  buzzing haphazardly, he was stumbling around like one who has been locked in his room for a few months, with some sort of honey hangover. 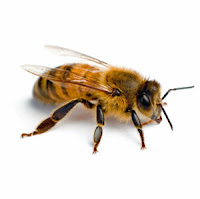 -i'm hoping the steelers are over their superbowl hangover.  they normally make it all the way through the free-agency period with all the excitement of a yawn, but this year they've been busy, resigning their own free agents (casey hampton, jeff reed, ryan clark) and bringing in some new (or old) players (battle, allen, randle el).  now if we can make sure we'll have a focused quarterback under center, we might be ready to wake up and play this year.  we shall see. 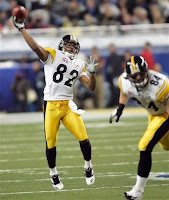 -however, before august comes april.  baseball is in the air.  i can finally see the grass in my yard.  it smells like baseball.  my vista from the couch in my living room is a giant green movie screen, constantly looping the springtime favorites: the natural, field of dreams, the rookie, eight men out, major league, and bull durham, to name a few.  even though the big leagues are pretty much confined to arizona and florida right now, the smell of leather is near.  i can feel it.

-i watched a really interesting film yesterday called "rip! a remix manifesto" dealing with copyright laws and the future of culture and art, particularly in terms of music.  the 90 minute or so documentary deals with questions of who owns ideas, and how the concept of intellectual property is not only limiting artists, but science and medicine as well.  i know the film only represents one side of the argument, but it was well done and certainly interesting for me as an artist who essentially creates out of the detritus of others' art.  according to the strictest interpretation of copyright laws, i am likely in violation.  but should i be?  isn't all art, in one way or another, an assemblage of collected ideas.  "there is nothing new under the sun,"  says the writer of ecclesiastes.

-in case anyone is counting, i now have 10,601 songs on my ipod.  shuffle is my best friend.  it is my own personal radio station.

-i recently sold this collage.  it is, i think, my favorite of all that i have made.  i'm glad it found a good home. 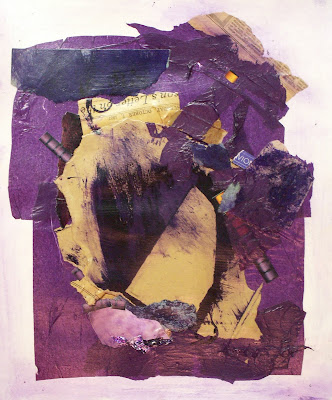 LifeAtTheCircus.com said…
My son LOVES baseball. In fact he learned his seasons in terms of sports... as in spring is when baseball starts... fall is when football starts. He tolerates football... seems to get more into it now that he has a better understanding of the game, but his passion is for baseball... no idea where he got it from as my husband and I are crazy Steelers fans but really could care less about baseball. But we support his passion. Anyway, Fri we were driving to PA and Scott had me look up online to see how the free agency was going... we were talking football and my son pipes up from the back seat... "Guys, football is over... it is time to focus on baseball."

greg milinovich said…
believe it or not, i am basically torn between football and baseball. i love them both in very different ways. one without the other would be very disappointing to me, i think. i just wish both sports had year-round seasons. :)
2:28 PM

NJ Grandma said…
Your last collage you sold (the purple paper) was one of my favorites also. Looking to add to my collection :)
4:07 PM

greg milinovich said…
well, NJGrandma, let me know what you are interested in...i am delighted that you like them.
7:25 AM