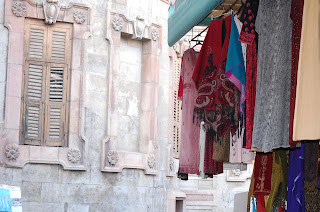 some of you more musically minded folks have asked me about what i ended up with as my playlist for israel.  so i thought i would share.  i plan on doing a post of recap about my experience in israel, and this isn't it, but i know some of you were interested, so...
please understand that just as jerusalem is a city that is full of interesting juxtapositions of sacred and secular, my playlist is also a grab bag of styles and genres: i had over 350 songs in the playlist, ranging from ancient hebrew music to contemporary pop; from modern middle eastern techno to 80's christian music.  from the boss to bono to bob marley, and from cash to crowder.  this isn't the full list, but here are some of the highlights:
winter song – sara bareilles and ingrid michaelson
where the road meets the sun – katie herzig and matthew perryman jones
three little birds – bob marley
secrets – one republic
lullaby – one republic
not alone – seabird
rescue – seabird
‘til we see the shore – seabird
symphonies – dan black
odds – mutemath
swim – jack’s mannequin
ghost (the whole album…very mellow and good) – radical face
storm – lifehouse
effigy – andrew bird
big red machine – justin vernon and aaron dessner
so far around the bend – the national
say please – monsters of folk
his master’s voice – monsters of folk
contra (whole album) – vampire weekend
foolin’ – devendra banhart
shame – the avett brothers
silence – jars of clay
can I lie here – david crowder band
two hands – jars of clay
closer – jars of clay
love is here – tenth avenue north
the beggar who gives alms – downhere
jerusalem – steve earle
o little town of bethlehem – over the rhine
waters of nazareth – justice
moses in the desert – lost dogs
jericho – the imperials
i’m bound for the promised land – johnny cash
maybe there’s a world – yusuf islam
holy sunlight – steven delopoulos
blessed to be a witness – ben harper
coming home to me – patty griffin
were you there? – the innocence mission
hoppipolla – sigur ros
samskeyti – sigur ros
the rebel jesus – bebo norman
Jesus was an only son – bruce springsteen
Yahweh – u2
enter this temple – leeland
i and love and you - the avett brothers

julie said…
the avett brothers are my favorite new group - i can't get enough! thanks for sharing the playlist.
11:27 PM

Emoly said…
I have no appropriate place to ask this except for here: do you know of the song by Over the Rhine, "Poop In the Potty"? Please tell me with your love of this group (and two little boys) that you know it....
3:02 PM

greg milinovich said…
6 comments on one post!?! maybe i should post playlists more often! maybe you all want to see my "old school christian rap" playlist, or the one that i have called, "chica-wow-wow." or maybe not.

@mary yes, the lifehouse song is very good. so stark and raw.

@julie glad you're enjoying the avett brothers. they are really good and very underrated

@cindym i had some new switchfoot on my playlist, just didn't list any here, for some reason. i love the new cd!

@emoly yes, we know that song well, and often find ourselves singing it around the house...poop in the potty, poop goes in the potty...
9:01 AM