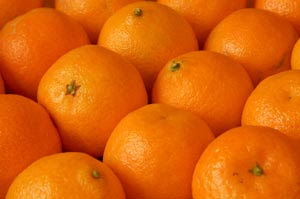 so here's the thing: i've had some questions about the name of my blog recently. people are wondering, "what does agentorange records mean? why use the name of a herbicide? or a record company? weird...."

well, i hear you, so here's a little bit of history to explain (kind of) the name.

first, the orange part. when i was in high school, i had an orange hat that was extremely orange and that i wore all the time. it was a florida gators hat. i still have it, though its more brown than orange now. anyway, i began to become known and recognisable by this hat. orange began to become a bit of a trademark for me. and, quite simply, i fell in love. at first it was just infatuation: i thought orange was beautiful. but soon it grew into something more. i began to see orange as the color of the underappreciated, the unlikely, and the underdog. i mean, in general, orange was an underrated color. everyone's favorite color was red or pink or green or blue, or even yellow or purple once in a while, but almost never orange. it was underappreciated. unsung. and this worked for me.

when i was a child, being the right-handed youngster that i was, i did most things with my right hand: eat, play, color, etc. but once, when i was quite young, it occurred to me that there was a real injustice going on in the use of my hands. quite simply, the right hand had the enormous priviledge to do everything while the left hand often just lied there and got to do nothing. when i realized this, i was deeply saddened for my left hand. so i began to purposely do things with my left hand, just so it felt appreciated and included, and for the sake of fairness. i didn't know it then, but i was displaying what would be a part of my character for the rest of my life: a concern for justice, and a certain affinity for the underappreciated.

so orange began to embody this for me. in college my love for orange was so loud and visible, i was known around campus as the guy who loves orange. soon people were referring to me as agent orange, just as a nickname. i liked it.

the "records" part of the name of my blog is only there because i have always had this deep passion for music and in college began making mix tapes, then mix cd's, as often as i could. i loved juxtaposing songs into collections. i made all of these mix tapes and cd's under the moniker agentorange records, with the tag line: ...die trying. it just became my signature.

when i started this blog, i thought the agentorange records thing was a way to be me without plastering my name all over everything. maybe i even wanted some anonymity.

i'm aware of some of the history of the whole agent orange chemical thing, and in case i wasn't, a chemist in my congregation recently gave me an article that reminded me. agent orange is an herbicide that was used in the vietnam war as a way to deprive the enemy of shelter by defoliating the forests. it was called agent orange becuase the drums holding the mixture were painted with an orange band. following the war, the hype surrounding this chemcial, also called dioxin, had grown enormously and some where calling it the most potent carcinogen known to man. others defended it and have claimed that studies and reports have shown little or no health problems to associate with most dioxin exposure. the debate continues today.

so i thought about changing the name of my blog. then someone said to me that most of my readers probably aren't thinking about agentorange in that way. and i agreed with this until this morning when i google-imaged "agent orange" and saw pictures like this. now i'm not so sure that i'm comfortable with the title. so i'm thinking i should change it.

or maybe i should keep my title but be very specific in my tag line.

further, i hesitate to change the name of my blog because i really don't want to change my URL right now.

blogs are probably best when they are pretty specifically focused, and i know mine is not focused at all, and therefore mostly interests people who already know me, which is fine by me. i'm not looking to attract a global readership. i simply want to write about what i think and feel and what is going on with me. and i want a title that somehow captures me and this purpose.

Emoly said…
I think it sounds more like you're an agent for the color orange. Silly, I know. But I also know how much you adore the color orange. Anyone who visits your blog should catch on to that real quick...

gavin richardson said…
now i call into question the florida fan.. that is just wrong in every way. lost some respect for you today.

i admittedly immediately thought of the poison. so not sure if that is reason for a change of name. though i am pretty much a proponent of blogging under your name. get credit for it all. get your name high on google, etc.

i might wait and see how the blogging voice develops. that might give more insight into a new name.
10:12 AM

Anonymous said…
I see what you're saying though I kinda like the name nonetheless (but it's hard to get those photos out my head now). What about something simple like agentfororange, kinda like agent for change? I always thought you were producing records in your basement.
4:30 PM

monica said…
ok, i will be the voice of dissent here, when i first saw your blog name, even though i have known your passion for the color orange for a long time, i cringed at the phrase agent orange. the pics you posted a link to were the first things i thought of, plus all the iraqi children who are sufferering from similar chemicals we dumped on them in the past 10 years. so, i would say even though most of the young people who read your blog dont know what agent orange is, there are a lot of people in vietnam who know all too well. so, think about what you are wanting to communicate through your blog title and go from there. i for one, would like a new name. but i will still come here no matter what name it is.
7:34 AM

Crafty P said…
the images are awful. I had no idea there was something called agent orange.

I, however, don't have an answer for you. I, like emoly, think of greg's blog when I see the name agentorange. it's always been that way....

I'll think about a bit more... probably not as much as you are thinking about it, though.

ps. i think it's wise of you to consider changing it, not that you should, but i appreciate your thoughtfulness into the matter
2:35 PM