pancakes, pants, and the pope 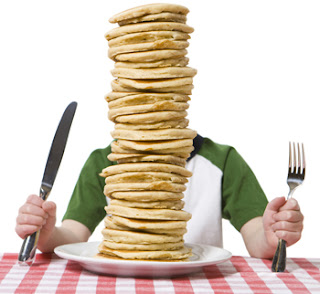 -happy pancake tuesday, the final day before lent.  it seems a bit self-serving to indulge just for the sake of indulgence, even on the threshold of lent, but indulgence really isn't the point at all.  it was about ridding the home of things that you wouldn't be needing during the sacrificial season ahead.  so, if you're giving up chocolate, its time to finish off that bag of m&m's.  if you are giving up soda, might as well finish off those cans of pepsi.  if you're giving up swearing, well, you get the point.

-i haven't been feeling quite well the last few days, although i can't say that i've been properly sick, either.  i've just been generally exhausted, with a tickling sort of cough, and a tremendously heavy head, burning eyes, etc.  shannon said, "see, aren't you glad you got the flu shot?"  to which i replied, "no.  not at all.  if i had the flu, at least i would actually be sick, and could be lying on the couch watching a the lord of the rings all day."  to which she replied, "you're so dramatic" (which, by the way, is how about 65% of our conversations end in this house).

-last night at church we finished up our study series on max lucado's book fearless.  not sure if everyone in the class (we had over 20) felt the same, but, as the leader, i felt that it was a very valuable discussion and helpful look at fear and how God calls us to face our fears with faith and courage.  when i open the paper and immediately read about north korea and their nuclear bombs, i can immediately feel that paralyzing serpent weaving its way up my spine, but then i remember that God is in control.  and by that i mean that God is in control not so much as the one who is orchestrating every single event and causing it to happen, but as one who allows free will by us crazy creations and still finds a way to weave it all together for good and for love and for redemption, in the fullness of time to quite finish the job.  so whether my future involves bombs or biscuits, plane crashes or pancakes, i can be okay with that.  because i already know that the final chapter is one of glory and reunion and colors and mind-blowing joy like i can't even begin to imagine right now.  and so i won't let fear of what might happen rob me of the joy of living right here the glorious middle of what is happening, all the while holding onto the hope of what surely will happen.

-i'm using the word "quite" more often, i'm afraid.  i think if i could somehow be given an opportunity to, i would gladly jump through my television screen into the world of Downton Abbey.  i should find it quite exhilarating.  or something like that.  but more on that later, i suppose.

-mumford and sons won a grammy for Babel.  i wasn't surprised.  i wrote about that album here, and compared to a fine gem in a museum.  nailed it.

-shannon and i attended a Valentine's Day dinner at church the other night.  they played the newlywed game, and we were one of the couples who participated.  we won one of the rounds based on our answers to questions like, "describe your partner's morning breath" (so-so) and "what is the strangest gift you ever gave to your wife?" (a pair of my own pants).  nailed it.

-the pope quit.  the official line is that he is resigning for health reasons, but i believe the real story to be something more like this: 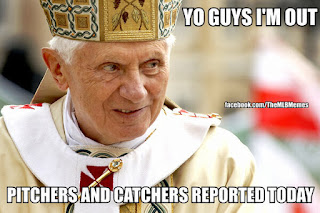 -that's right.  pitchers and catchers have reported to spring training which means that a new and glorious seed has been planted.  remember when you felt this way at the end of the fall? 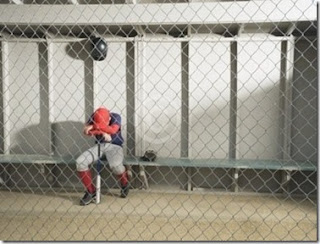 well, you can put that behind you, because now is the time when all the potential and promise of what could happen starts to be born in your hearts and dreams and bats and gloves.  its time for the sound of a sizzling fastball and a cracking piece of ash bat in the spring air.  it's time for God to look down on baseball and once again proclaim in God's best genesis-voice: it is very good.  even the pope agrees.

-that's it for today, kids.  enjoy those pancakes, stay warm and don't give anybody your pants.  unless you wish to be quite married to them.  peace.

rich moran said…
marlins and cardinals pitchers and catchers reported for work the other day. one town over from where we are living. yes, one town over...it is good.
7:28 AM

greg milinovich said…
hey Rich! how far are you from Vero Beach? isn't that where the Dodgers train? or is that just a minor league team? i remember Shannon and i watched a minor league game at Dodgertown there in vero beach on our honeymoon. lots of good spring baseball in florida! enjoy!
10:42 AM