15 albums: a rush of blood to the head 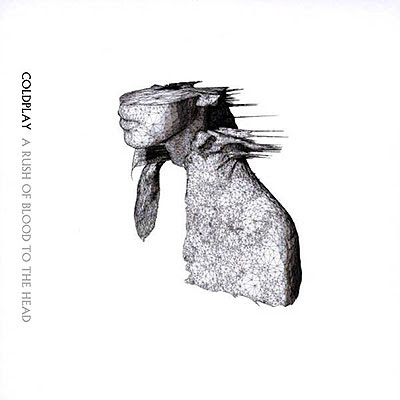 -
next on my list is an album by coldplay, their 2002 album a rush of blood to the head. this is much more mainstream than anything on my list so far, so many of you have heard of this, i hope. in fact, some of you are probably thinking that i've gone and 'sold out' or something, picking an album as pop-oriented as this one, but i just can't help it. ever since i first heard coldplay, on mtv of all places, singing 'yellow,' i was mesmerized. there is just something about this british band that lures me in everytime. shannon and i saw them in concert this fall and i wrote about it here. so, if you are a coldplay hater, sorry. but i am most certainly not. in spite of their mass appeal, i am a fan.
-
interestingly enough, this album doesn't even contain any of my top three favorite coldplay songs ("fix you," "yellow" and "viva la vida," in that order), but it is the album that i first got my hands on and the one that initiated my love affair with this music. and so i choose it. one of my top 15 albums of all time. a rush of blood to the head. enjoy this video to the song "the scientist."

Mary said…
i really like coldplay. me. your sister mary. xoxo coldplay
9:50 PM

Anonymous said…
why is something bad because it's mainstream? i've never understood that. must be because regular people don't have a brain or music that appeals to the masses has nothing to offer the really smart and informed "cool" people? anyway i really like coldplay. i heard it on rachel's ipod thing that she blasts into the universe when she's taking a bath. i wanted to hear more so i bought one of their cds - really good (new!!). keep 'em coming. peace,julid
8:46 AM