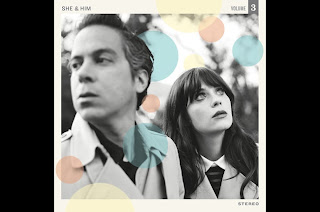 -happy tuesday, everybody!  it's release day, which means new music is out today.  she and him's new album drops today, and if anyone feels like sending me a copy, i'd be happy to write a review.  just sayin. 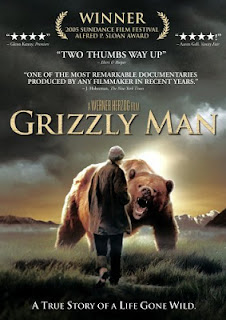 -i recently watched a documentary by werner herzog called "grizzly man."  it was made in 2005 and tells the story of timothy treadwell, who dedicated his life to "protecting" grizzly bears in alaska.  i don't totally recommend this movie.  it depends on who you are, and what your reasons are for watching.  it is certainly a particular window into mental illness and its dramatic power and effect on human behavior.  treadwell seems to use his alaska getaways as a very real escape from the troubles of the rest of his life, and he begins to create his own fantasy world there, a world in which he becomes one of the bears, and they accept him as a part of their landscape.  he is able to maintain this fantasy for 13 summers, until it literally gets ripped to shreds in a 6-minute tragic ending.  i appreciate the filmmaker's style and approach, but come to vastly different conclusions than he.  he confesses his view that the trademark of the world is chaos, and seems to conclude that this results in meaningless and despair.  i, too, see chaos in every corner of this broken nature, but i also see cosmos breaking through, redeeming the chaos, making whole the brokenness, and bringing new life from death.  so, this film was sort of depressing, but also a reminder, at least to me, of my calling to be an agent of hope in a world hell-bent on condemning itself to despair.

-on a lighter note, thank you to the baseball card fairy, who randomly leaves little piles of new york yankees baseball cards on my desk at work.  cade and i love them.  speaking of the kids: 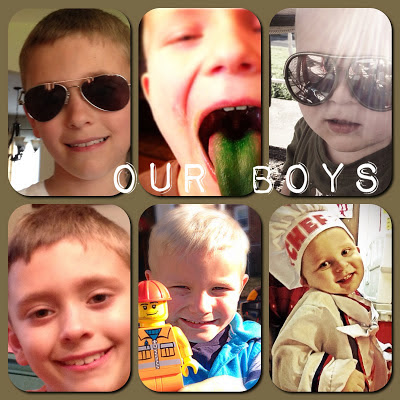 -on the way to school this morning caedmon told me that he wants to touch a star.  that he wants to go into space and get a star and bring it back to earth.  and that he hopes it doesn't float back up to space.  then, after a pregnant pause, he added, "nah, i'm not going to do that.  i don't want to die in space.  then i wouldn't have a gravestone."  when i pressed him on why having a gravestone is such an important matter, he got a little snippy, "i just want one, okay?"  okay, buddy.  my stars.

-yesterday, steelers president art rooney said, "There are very few people in the history of the NFL who have had a greater impact on one franchise than this man has had on the pittsburgh steelers."

do you know who he was talking about?


mean joe greene.  he retired from the steelers yesterday, for the third time.  this time as a front office assistant.  he had previously retired as a player, and as a defensive line coach.  all in all, he earned six - count them 1, 2, 3, 4, 5, 6(!) - super bowl rings with the steelers.  if you are any kind of historian when it comes to the steelers, you could easily measure time BMJG and AMJG, before mean joe greene and after mean joe greene.  before they were generally awful and more awful.  after, they have been the most successful franchise in the nfl, at least in terms of championships, which is a pretty critical measuring stick.  i know i can easily speak on behalf of the vast majority of steelers nation by saying that we wish him well in whatever is next for him, and that there is no way for us to truly show how much we appreciate what he meant to this franchise.  without joe, who knows?  without that relentless unstoppable dissatisfaction with losing that he brought in the early 70's, what would have happened?  without his tossing offensive lineman aside like inflatable pool toys to wreak havoc on opposing quarterbacks, where would the steelers be?  and without his presence in the organization all these years since, not making a great deal of noise, but surely making a great deal of impact on impressionable young men trying to become a team of champions, would the trophy case be as full?  it is impossible to say, of course, but as for me, i'm a big joe greene fan, and i can see his fingerprints all over all six of those sticky lombardis.  all the best to you, joe greene.


-and i close by offering you this little gem of a video sent to me by the music director at our church.  it is oddly compelling and clever, and funny, too, althought something about feels strangely awkward to me.  is it the bare feet?  is it the dude's dramatic nonchalance?  i can't figure it out, maybe you can....